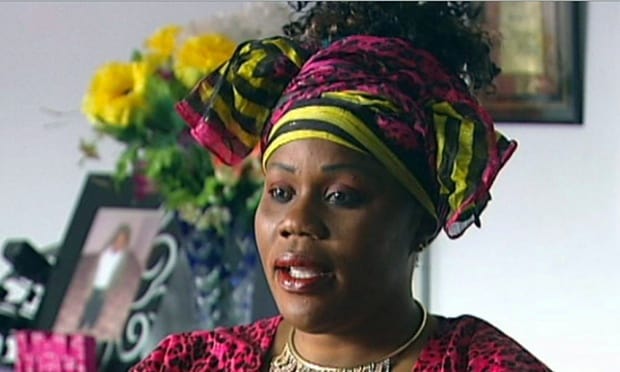 A Burundian woman, Noela Rukundo (pictured), recently survived an attempt by her husband to kill her when she visited her homeland, reports the Guardian.

Last year, when Rukundo, who lives in Melbourne, Australia, with her family, traveled home to attend her stepmother’s funeral, her husband, Balenga Kalala of the Democratic Republic of the Congo hired hitmen to kill her because he suspected her of adultery.

The bizarre incident began when Kalala instructed her over the phone to leave her hotel for fresh air.

Once she stepped outside, though, Rukundo says an armed man dragged her in to his car and then tied her to a chair once they reached their destination.

Rukundo explains, “They ask me: ‘What did you do to this man? Why has this man asked us to kill you?’ And then I tell them: ‘Which man? Because I don’t have any problem with anybody.’ They say: ‘Your husband!’ I say: ‘My husband can’t kill me, you are lying!’ And then they slap me.”

To prove that they were telling the truth, the hitmen then called her husband and put him on speaker.

What she heard next was unbelievable: Rukundo heard Kalala tell the men to “kill her.”

“I heard his voice. I heard him. I felt like my head was going to blow up,” she said. “Then they described for him where they were going to chuck the body.”

At the realization that her husband, who she has three children with, had indeed hired the men to kill her, Rukundo collapsed.

Her predicament prompted the men to have pity on her and ultimately spare her life, particularly since they realized that they also knew her brother.

When she awoke, the men showed her the more than $5,075 in money transfer receipts Kalala had sent them as well as a number of recorded phone conversations of Kalala’s request.

Just five days later, Rukundo would return to Australia…in the middle of her wake, where friends were actively consoling Kalala for his unfortunate loss.

Rukundo, who has five more children from a previous relationship, explains, “When I get out of the car, he saw me straight away. He put his hands on his head and said: ‘Is it my eyes? Is it a ghost?’” she recalled. Her response was: “Surprise! I’m still alive!”

Since Rukundo’s unexpected homecoming, Kalala has been sentenced to nine years in prison.

On how it felt to see her husband on her return, Rukundo says, “I felt like somebody who had risen again.”