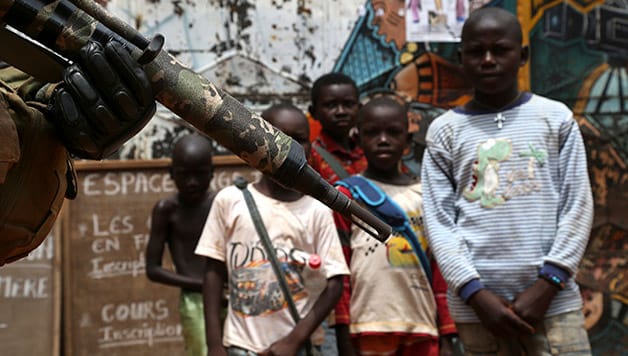 In 2014, several boys told UN investigators that they had been raped by French troops.

Residents of a refugee camp outside the capital said the soldiers had targeted boys as young as nine, luring the children with army rations and small change when their families had nothing to feed them. Some children described to investigators how they were given bottles of water after being raped.

The allegations were kept quiet until April 2015, when a UN official leaked the unfortunate details to the Guardian. 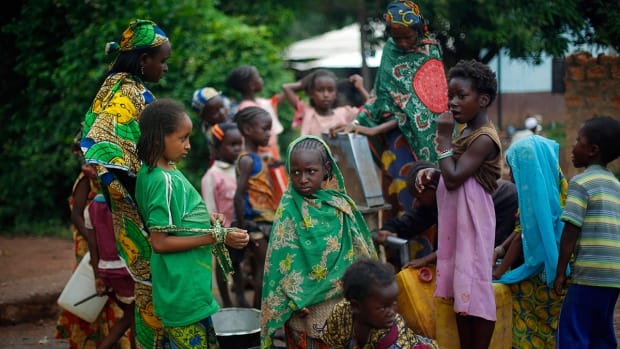 Children gather on Thursday at a water pump in PK12, a Muslim neighbourhood in Bangui

Now, the UN is revealing that in 2014, several girls between the ages of 14 and 16 were allegedly raped by Georgian troops who were operating under the European Union’s Eufor peacekeeping mission near an internally displaced camp located by Bangui Airport.

Before UN troops entered CAR, the French sent 2,000 troops in 2013 to stem the violence that erupted, after the Muslim group Seleka Rebel Alliance routed CAR President Francois Bozize from power in March 2013.

The successful coup triggered sectarian violence between Muslims and Christians that has endured to this day.

In December, an independent panel put together a report, characterizing the UN as “seriously flawed” and a “gross institutional failure” for not acting in light of the troops’ sexual abuse allegations.