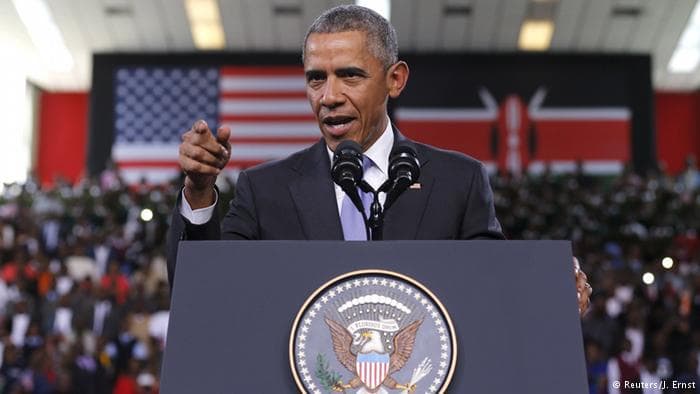 On Sunday, U.S. President Barack Obama delivered his final speech to Kenyans, encouraging many of the youth to “build [their] future.” Afterward, Kenyans shared the impact President Obama’s speech had on them.

After three days in the East African nation, where he addressed Global Entrepreneurship Summit attendees and spent time with relatives, President Obama offered a rousing speech on Sunday, telling nearly 5,000 Kenyans, “You are poised to play a bigger role in this world. In the end, we are all a part of one tribe, the human tribe.”

To the youth, President Obama insisted that their are no limits to their success, saying, “When it comes to the people of Kenya, especially the youth, I believe there is no limit to what you can achieve. You can build your future right here, right now.”

The President also tackled the thorny issue of tradition, “Just because something is a tradition doesn’t mean it’s right.”

More pointedly, President Obama focused on gender discrimination, “Treating women as a second-class citizen is a bad tradition. It’s holding you back.”

President Obama also took the opportunity to share with the audience that his grandfather was a victim of racism, “He was referred to as a boy, even though he was a grown man.”

But underscored that, with his success, such incidents didn’t stop his family line from progressing.

“What these stories also tell us is about the arc of progress,” Obama said. “We have to know our history so that we learn from it.”

Below, you can watch Kenyans react to President Obama’s speech: