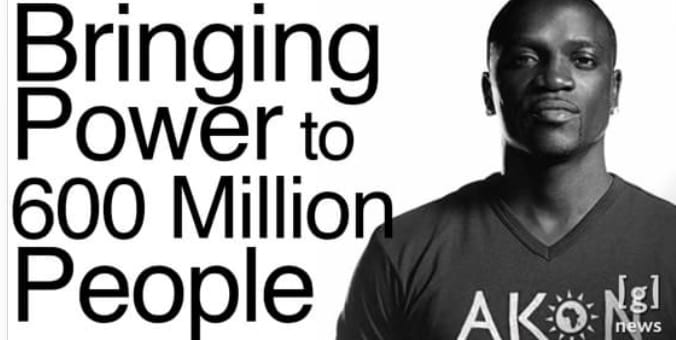 Just days away from speaking at the Global Entrepreneurship Summit held in Nairobi last Friday, singer and businessman Akon is heading to Rwanda on Tuesday to monitor the progress of his lauded Akon Lighting Africa Solar Power Initiative, according to the New Times.

On Tuesday, Akon, as well as co-founders Samba Bathily, a Malian businessman, and Thione Niang, a political activist, will meet with Rwandan officials in order to ascertain what the progress is with his initiative.

In addition to Rwanda, the award-winning artist will also be traveling to nine other African countries for similar assessments.

With his program, Akon is providing solar-powered electricity to African villages. So far, he has established his program in 14 African states.

By the end of 2016, Akon reportedly plans to extend his solar reach to 11 additional countries.

After handling his business, Akon and his colleagues will visit the Kigali Genocide Memorial.