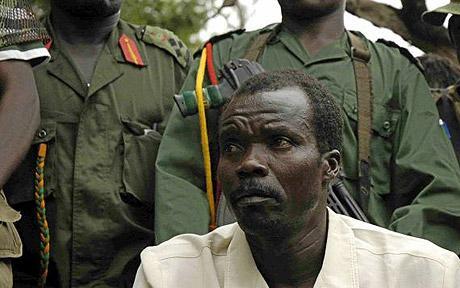 Kony's era may finally be approaching its end. In a letter released by the White House on Friday, President Obama called for the capture of Lord Resistance Army leader, Joseph Kony, as well as members of the army. This comes nearly 30 years after the establishment of the LRA in Uganda.

In the letter addressed to Congressional leaders, Obama ordered the deployment of 100 United States military personnel "into Uganda, South Sudan, the Central African Republic (CAR) and the Democratic Republic of the Congo (DRC)". He acknowledged the deployment of a small group to Uganda on Wednesday, and stressed the importance of U.S. support in efforts to dismember the dangerous rebel group. "These forces will act as advisers to partner forces that have the goal of removing from the battlefield Joseph Kony and other senior leadership of the LRA," said Obama. The goal: to demobilize the group responsible for nearly 30,000 deaths as well as millions of mass rapes and malicious amputations.

Since his 2005 indictment in the International Criminal Court, Kony has been a fugitive on the run throughout much of Eastern and Central Africa. He is responsible not only for the creation of the Lord’s Resistance Army, but the ordered destruction of villages and kidnappings of thousands of children—many of whom were used as fighters in his army. The LRA began as a movement in Uganda during the late 1980s, but has since spread to neighboring DRC and further. In light of declared warrants for their arrests, the LRA has continued their murderous rampage.

Deployment of remaining personnel is still subject to approval by the nations of interest. Stay tuned to Face2Face Africa for updates on this story.