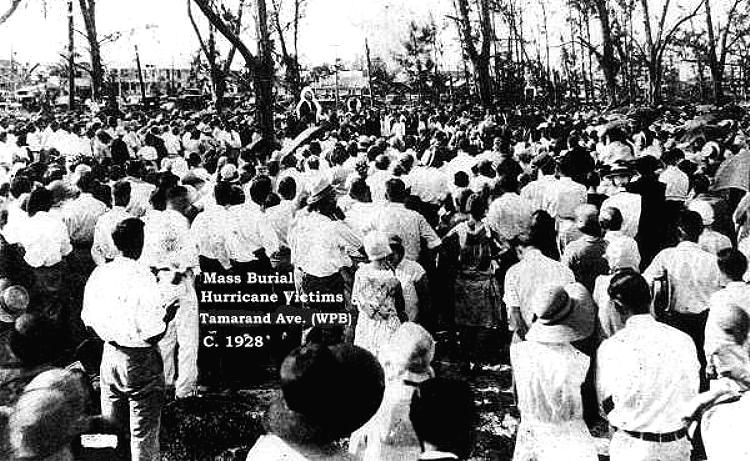 A powerful hurricane tore through the Caribbean on this day in 1928, destroying farming communities on the coast of Florida and especially devastating African-American workers in the region. The deadly storm was the second-most deadliest tropical cyclone in American history.

Also known as the San Felipe Segundo Hurricane, the storm formed on September 6th offshore from the West Coast of Africa. The storm developed quickly, changing from a tropical depression into a full-fledged storm. By the time the storm reached Guadeloupe on September 12th, it had increased further in strength, causing damage to the island.

When it hit Puerto Rico, it became a powerful Category 5, which was the same strength of the Katrina storm that struck New Orleans.

After crossing the Bahamas, the storm weakened and strengthened as it crossed the Atlantic. It struck the West Palm Beach region of Florida on this day, with winds of 145 mph (233 km/h) reported, which would make it a Category 4.

More than 1, 700 homes were destroyed but the loss of life was even greater.

Near Lake Okeechobee, the largest freshwater lake in the state, the storm surge caused the body of water to swell in the low-lying farmlands. The lake poured over a mud dike over its southern end, flooding the surrounding area with as much as 20 feet of water above ground level.

Although the numbers have fluctuated over the years, the National Weather Service in 2003 remarked that more than 2,500 people died in the storm. 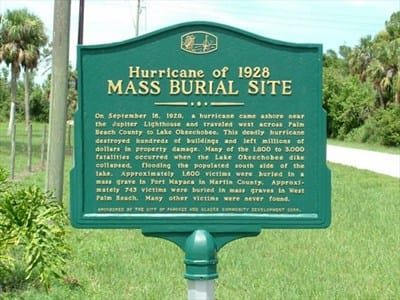 The storm’s aftermath highlighted an ugly truth regarded the largely Black migrant workers who lived in the poor areas near the lake. More than 75 percent of those who perished were Black, and their bodies were mistreated in favor of White residents. Burying bodies in the soft marshlands of Florida was decidedly difficult, and the few caskets available were reserved for Whites. Black workers also had the awful task of handling the dead, burying them in mass graves that festered in the oppressive heat and humidity of the area.

The only mass grave to receive a memorial was one that contained White bodies. Other bodies were ordered to be burned with diesel fuel, with officials then stating that the corpses would pose a health hazard. To this day, racial tensions exist between Blacks and Whites between the five counties that surround Lake Okeechobee, most especially in Palm Beach and Okeechobee counties.

SEE ALSO: Why African Languages Are Central to Our Economic, Political Development