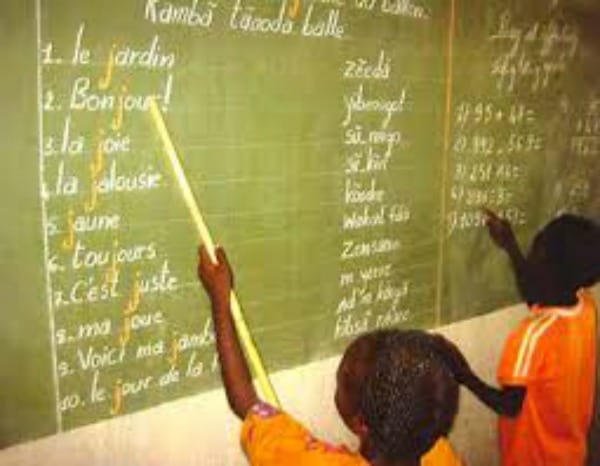 The importance of language where African economic and political development is concerned is one that needs serious and constant discussion.

SEE ALSO: Mugabe on Whites in Zimbabwe: They ‘Should All Go Back to England”

Tribes and language groups were divided by colonials. After the arrival of the invaders, tribes who are known to have been unified linguistically and politically were divided in order for Westerners to have easier regional control. Therefore, many tribes were invented for localisation.

It must not escape us that this was done with the compliance of African leaders, with chiefs being materially incentivized to run these new tribes, serving as Black fronts for colonialism.

At the time, it was the local governance of the day.

Consequently, today there exists a plethora of African languages with striking similarities. In South Africa, for example, the nine official indigenous languages can be split into two distinct groups/tribes: the Nguni and the baSotho.

More than 70 percent of the country’s population speak an Nguni language as a first language, yet the education, work, and political environments are dominated by English.

Therefore, many of the divisions that exist with language and tribalism are actually a Western invention.

Educating young Africans in their native tongues will surely serve to improve our education standards and make excellence more accessible to the masses. In how many core states is education served in foreign languages?

Ghanaian sociologist and anthropologist Kwesi Kwaa Prah said that education is not meant to be cultural schizophrenia but to help the youth relate to problems in their own environment and learn how to provide solutions.

A popular complaint among Black South Africans, particularly middle-aged to elderly people and people from rural areas, is that they struggle to do basic things, such as fill out forms in institutions of formal governance for services or understand important public information because it is often presented in English and Afrikaans (South African Dutch dialect) just as during the Apartheid era and the rest of colonialism.

Not only is language important at the basic level, but beyond education, politics, and economics, speaking our mother tongue is a matter of pride and the instillation of confidence and identity.

Think on it, what does it mean to say that western languages are the actual official languages in Africa in 2014?

African languages are preliterate; therefore, they are of great importance in relation to history. Most of our history is orally related through elders, story telling, and traditional praise poetry similar to other parts of the globe except that our history isn’t scribed. That is in the “informal” sense. Formally, in the annals of the empire, Western scribes put us down as less than human.

As usual, though, it’s important to think of things within the context of the world-systems theory: No individual region can operate in isolation. No politics are unaffected by other politics. There is a whole lot of literature on this topic and Africa is teeming with intellectuals who agree on this theory.

This means that actual African development is detrimental to the powerful West. In other words, the West is dominant on the strength of cheap labour and resources from Africa.

Technological and scientific superiority is the key to economic and political well being in the 21st century within or without world-systems politics. Surely, we can all agree that Africans are at a disadvantage operating in foreign tongues.