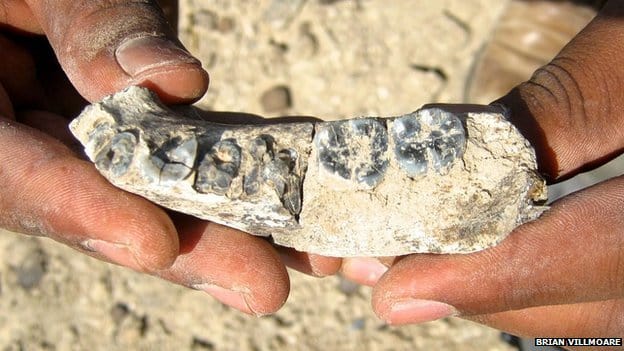 This week, the Nature journal published the findings of Ethiopian student Chalachew Seyoum who is responsible for locating what is being called the oldest human being in history, reports the BBC.

Seyoum reportedly found the left side of the lower jawbone of a human in the Ledi-Geraru research area of Afar Regional State, Ethiopia.

Of the historic find, Seyoum says, “The moment I found it, I realised that it was important, as this is the time period represented by few (human) fossils in Eastern Africa.”

The existence of the fossil immediately countered scientists’ ideas of how old humans are and how we came in to being — scientifically speaking.

“Previously, the oldest fossil attributed to the genus Homo was an upper jaw from Hadar, Ethiopia, dated to 2.35m years ago,” says the Director of Arizona State University’s Institute of Human Origins William Kimble.

“So this new discovery pushes the human line back by 400,000 years or so, very close to its likely (pre-human) ancestor. Its mix of primitive and advanced features makes the Ledi jaw a good transitional form between (Lucy) and later humans.” 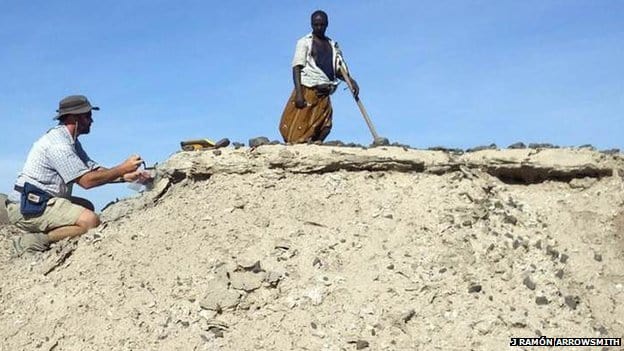 The jawbone was found close to the area where Lucy was discovered.

Like Professor Kimble, the find has prompted other scientists to theorize that “Lucy” and other human finds are actually descendants of this latest Ethiopian find.

“Lucy,” or what Ethiopian’s call “Dinkinesh” (pictured), was a female that was found in 1974 in

Ethiopia. Whereas earlier finds of humans only garnered a rib or skull, Dinkinesh, which in Amharic means “you are marvelous,” was 40 percent intact, making her a rare and indeed “marvelous” find.

According to scientists, Dinkinesh lived 3.2 million years ago.

Prof. Fred Spoor of the University College London, who was the researcher involved in the new find, adds, “By discovering a new fossil and re-analysing an old one we have truly contributed to our knowledge of our own evolutionary period, stretching over a million years that had been shrouded in mystery.”

Further complicating evolution theorists’ ideas about how humans began, is the find of Australopithecus sediba in South Africa, which reportedly lived 1.95 million years ago, suggesting that perhaps there were multiple species of humans in Africa living at the same time.

“The human-like features shown by Australopithecus sediba in South Africa at around 1.95 million years ago are likely to have developed independently of the processes which produced (humans) in East Africa, showing that parallel origins are a distinct possibility,” Prof. Chris Stringer of the Natural History Museum of London explained.

This would suggest several different species of humans co-existing in Africa around two million years ago with only one of them surviving and eventually evolving into our species, Homo sapiens. It is as if nature was experimenting with different versions of the same evolutionary configuration until one succeeded.