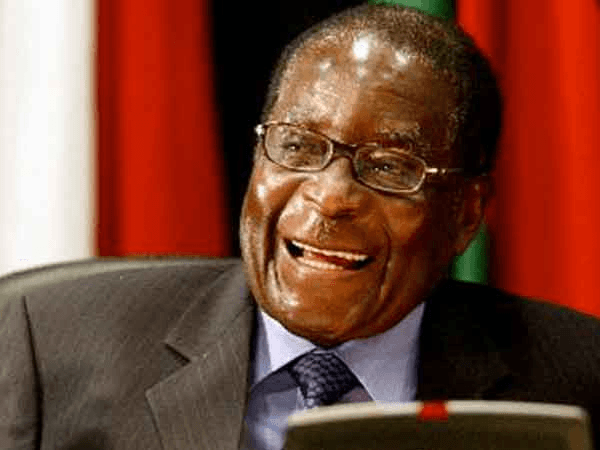 In a recent interview, Zimbabwe President Robert Mugabe (pictured) shed light on his secret to long life and admitted to falling quite often, according to the South African Press Association.

Speaking just ahead of his birthday extravaganza last Saturday, President Mugabe explained that he is selective with not only what goes in to his mouth but also how much.

“I do certain things that I believe sustain life.

“I eat well, not filling my stomach, eating foodstuffs that I believe sustain one most. You must eat well, and really not go for food because it’s attractive and feed yourself until your tummy is full.”

Clearly, President Mugabe is on to something as he just turned 91 years old. 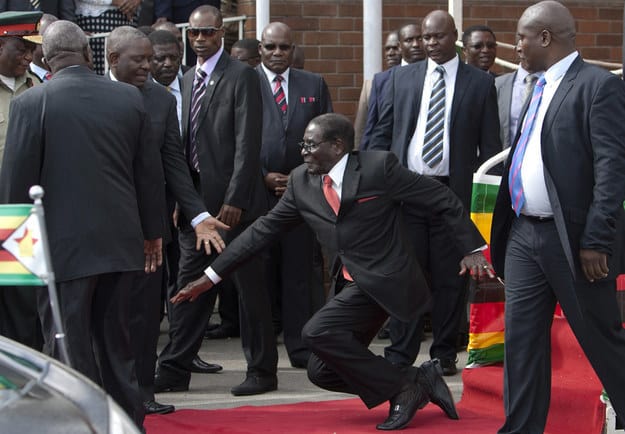 A month ago, President Mugabe made headlines when he fell, after reportedly missing a step as he descended a lectern.

While the hearty President initially rejected the claims that he had fallen — insisting that he had tripped instead — in his most-recent interview, the chair of the African Union did an about-face, explaining that he actually falls quite often.

“In the house you slip, your foot is held by a carpet that is misplaced and so on or you hit it against something and you tumble,” he said.

“I would want to see a person who hasn’t fallen down. I don’t see the reason why anyone should be surprised that the President has fallen.”

And President Mugabe is not alone.

According to NIH Senior Health, one in three persons ages 65 or older falls each year. In fact, the risk of falling increases with age and can lead to fractures, trauma, and even death.

Still, at the news of his fall, it immediately inspired the hashtag #MugabeFalls on Twitter, and memesters everywhere went to town creating comedy out of the moment:

“@Trevornoah: In honour of their great leader Zimbabwe decides to remove “Victoria” and rename it #MugabeFalls. pic.twitter.com/OHVz1UokVu” :’D!