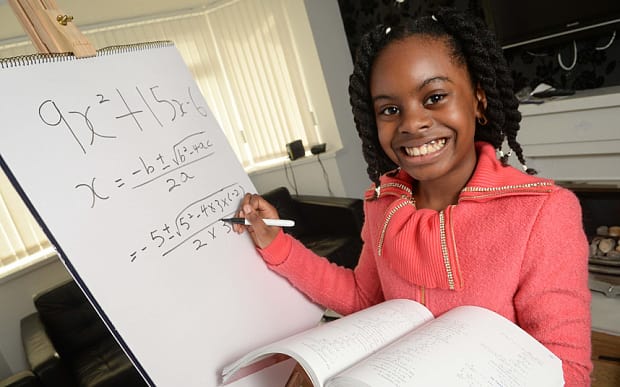 When 10-year-old Nigerian Esther Okade of Walsall, England, isn’t playing with her dolls or watching Disney’s “Frozen,” she is studying for her Math degree at Open University, making her one of the U.K.’s youngest university students, according to the Telegraph.

According to Esther’s mother, Efe (pictured below), who homeschools both of her children, Esther has been begging to be enrolled at a university since was 7.

“From the age of 7, Esther has wanted to go to university,” Efe says.

“But I was afraid it was too soon. She would say, ‘Mum, when am I starting?’ and go on and on and on.

“Finally, after three years, she told me, ‘Mum I think it is about time I started university now.”

Consequently, Esther applied to Open University last August, and after a phone interview, essay, and math exam, the university alerted her that she had been accepted in to their program in December. 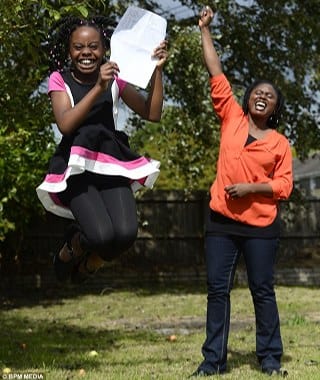 Of the good news, Efe says, “She was flying. She was so happy.”

And after one month of school, Esther is already at the top of her class.

Efe says, “She is doing so well. She took a test recently and scored 100 percent.” 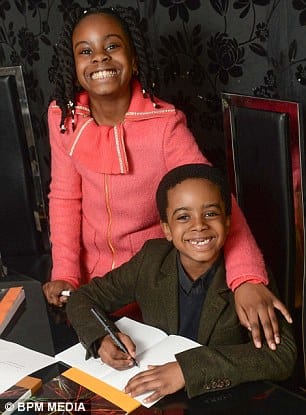 In fact, her 6-year-old brother Isaiah (pictured) reportedly also has a knack for numbers. He is currently taking his A-levels in Math.

Efe adds, “Even when he was in my tummy Esther was already teaching him.”

“Isaiah is following in his sister’s footsteps. He is doing calculus and advanced algebra.”

And Esther’s goals only grow larger after university: With plans to complete her degree in two years, Esther wants to pursue her Ph.D. and run a bank.

“Esther talks about running her own bank one day,” added Efe. “She has a lot of plans, and talks a lot about finances.

“She says she wants to be a millionaire.”

And here’s betting she will do it.