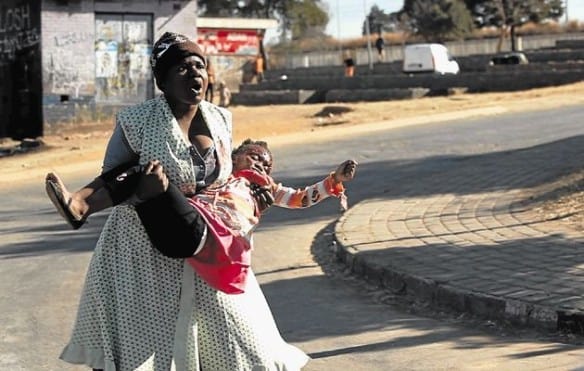 In the dead of the night, when my two brothers had left for their hut, when the barking of the dogs had died down, when the song of the drunkard could no longer be heard and the moon had hid behind the clouds, that is when it happened. I only used to lock the door to my room when he wasn’t home, that is the only time that I felt insecure, the only time that I felt the need to lock the door, never when he was around. Mama had gone to see her sister. This was the first time that she had left us alone.

I am shaking. I only scream at the point when  he lifts me from my bed, his hand quickly covers my mouth, and before I know it, several pieces of torn mattress are stuffed in my mouth. If everything would have stopped at this point, then I would have known that it was a very bad dream, a dream with my father as a main player.

But suddenly, a load falls on top of me, and I am nearly losing my breath, because there is this excruciating pain from between my legs that radiates up my spine. I kick and kick, but none of these kicks gets to him. His pelvis is moving back and forth and his hands are pressing mine down.  Am breathing fast, the kicks become weaker and weaker, then my body is fast becoming numb, slowly I am losing sensation.

Am still in bed when mama comes back. She already knows that I have a fever, that is why I haven’t gone to school, that is what he tells her apparently. She draws the curtains, and I try to sit up, but the pain on my back is too much.  For the first time, I realize I am not wearing the dress I was wearing yesterday, then as the previous nights events unfold in my mind, I shudder.

I know I can trust my mother, so even with the death threats still vivid in my mind, I tell her everything. She does not hug me, neither does she cry with me, she only asks me to wipe my tears and take a shower immediately.

I wouldn’t have told grandma, but when she asks about my walking with ”legs wide apart like someone who had been playing with boys,” I tell her. She listens but dismisses me as soon as I am through, calling me a very big liar and collaborating with my mother to spoil her son’s name. She even cries about her number of enemies increasing each day.

So when no one believes your truth, you live on in the same house with a Father who molests you every opportunity he gets, under the same roof with a Mother who will never offer you the support you need, in a compound with a grandmother who believes that you and your mother will stop at nothing to bring her son to his downfall.

They never understand how this distorts your perception about men and sex. They expect you to grow up and some day fall in love and get married. No one knows that sex to you can never be a pleasure, that sex to you is a painful experience, a symbol of helplessness.

We have heard these stories: a girl is raped by her uncle, her father, her cousins. Whether she gets justice depends on whether anyone believes her. When your father rapes you, your mother calls you a liar. If she doesn’t call you a liar, she asks you to never tell anyone. She never takes you to the hospital, she never helps you find justice, she never even attempts to help you get away from him, and you are left to live in the same house with a monster in the name of a Father.

When you tell other relatives, they either dismiss you or help spread the gossip in the village. Teachers outright refuse to involve themselves. They term these incidents as “family issues,” and the church prays for you, but prayers do not take me away from my abusive father, uncle, or cousin.

The rapists have sympathizers too. Some women even side with them, saying what caused the rape was the way the girl tempted him. They blame her provocative dressing, they blame the way she walks (swinging her buttocks), they blame the dancing of her chest.

The doctors collaborate with the rapists, they destroy evidence, the judges are bribed, the rapist, walks off scottfree, but the girl is left with scars, she is permanently tortured as she meets with him every day on the footpaths.

When a stranger rapes a girl and he is caught, then the girl almost always gets justice, but when it is a relative, no one believes in the girl. There were days when these things rarely happened, but these days Fathers are evil, Uncles are immoral, and cousins are not to be trusted.

Mothers, listen to your girls, protect them by all means, and above everything else, trust them.