Zimbabwean President Robert Mugabe has come to be regarded as something of a joke and a global laughing stock, and it is likely that he is the most parodied politician alive today.

Mugabe is renowned for making wild unbridled remarks; he has a penchant for insulting his critics and generally blaming Western powers for all of his shortcomings.

He once famously declared, “The only White man you can trust is a dead White man,” dismissing threats of sanctions against his government, adding, “We don’t mind having sanctions banning us from Europe. We are not Europeans.”

At 92 years old, Mugabe has had many embarrassing falls in public. Last Thursday, Mugabe stumbled as he stepped out of his vehicle at the Harare Agricultural Show. The effects of poor health and advanced age have clearly caught up with Mugabe, but the nonagenarian continues to insist that he is as fit as a fiddle.

Mugabe is hardly the only figure to have tripped and taken a fall in public. In July, the Pope lost his footing and fell during a Catholic Mass on his visit to one of Poland’s holiest sites, and in March 2015, U.S. President Barack Obama nearly fell as he exited the presidential jet. The list of celebrities and world figures who have taken public falls is endless.

However, none of the unfortunate missteps by these world famous personalities have managed to capture the imagination of the Internet or elicit nearly as much laughter as Mugabe’s.

His famous fall on the red carpet in 2015 as he greeted his supporters at Harare International Airport, after he returned from a trip to Ethiopia, has become one of the Internet’s favorite memes. 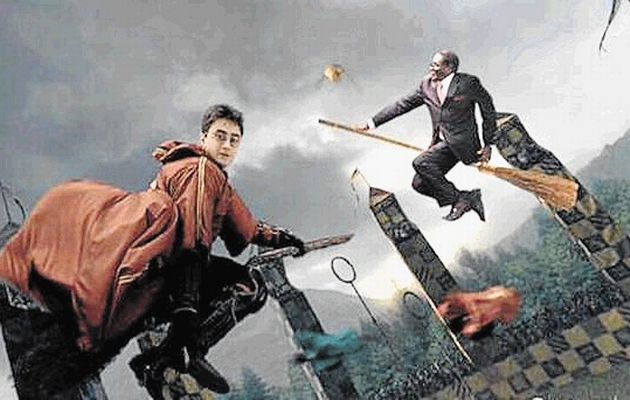 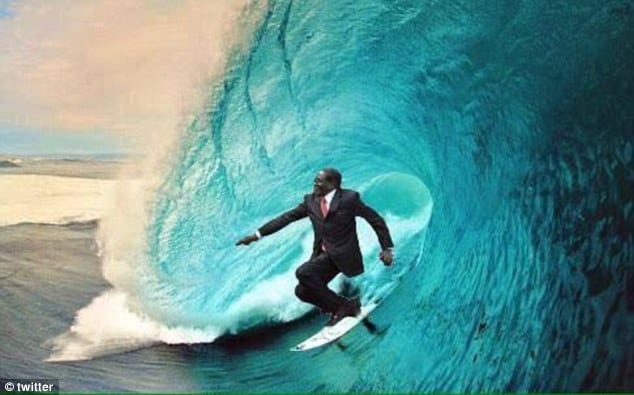 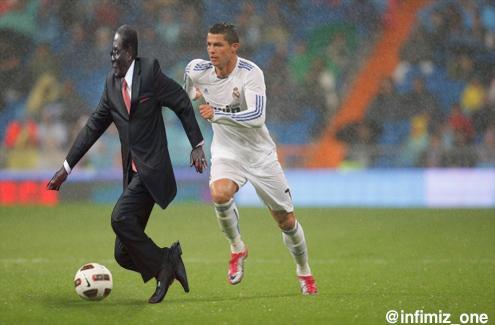 In 2015, internet users made an endless stream of Robert Mugabe memes from his unfortunate fall at the Harare international Airport.

But Robert Mugabe is no circus clown; in fact, many of his actions as president of Zimbabwe cannot be regarded as even mildly amusing. So how did a 90+year-old statesman who should be respected for his position or at least revered for his age become the Internet’s favorite butt of the joke?

The answer: Mugabe’s ridiculous desire to cling to power even after being severely rejected at the polls.

Mugabe is the world’s oldest president. He became president of Zimbabwe in 1987, after being the prime minister of the newly independent Zimbabwe from 1980 to 1987. Mugabe first rose to local prominence in the 1960s as a leading member of the Zimbabwe African National Union party (ZANU-PF) that opposed and rebelled against White minority rule in what was then known as Rhodesia.

In the 1960s and 1970s, Zimbabwe, like its neighbor in South Africa, was held in the firm grip of White minority rule that treated its African nationals as second class citizens.

It took the activism of nationalists like Mugabe, who fought a successful bush war between 1964 and 1979, to end the regime of White supremacy rule, earning Zimbabwe the right to popular majority rule more than two decades before South Africa managed to do the same in 1994.

For his political activism, Mugabe was imprisoned from 1964 to 1974. Mugabe’s efforts and sacrifice in the fight against White minority rule should have made him revered like his contemporaries Nelson Mandela (South Africa) or Julius Nyerere (Tanzania).

However, Mugabe’s inordinate love for power and his fondness for retributive justice have dragged him down a path of ignominy that puts him in the category of Idi Amin (Uganda) and Mobutu Sese Seko (Democratic Republic of Congo).

President Mugabe is a trained educationist and has at least seven different degrees, making him one of the world’s most educated leaders. However, none of that learning appears to have influenced Mugabe positively.

Instead, Mugabe quickly derailed from the lofty ideals he held and began a campaign of terror against perceived enemies, engaging in an ethnic cleansing operation that murdered more than 20,000 Zimbabweans.

He had an extramarital affair with his secretary, oversaw a collapse of a once-thriving economy, went after White landowners, invoked a barrage of sanctions from Western nations, and ultimately heralded one of the worst cases of hyperinflation the world has ever seen.

Still, Mugabe has remained defiant in the face of mounting criticism against his regime and continued to use state-sponsored violence to crush dissent and all voices of opposition. He recently told supporters that he plans to rule “until God says come,” and when he does go, he has prepared an elaborate groundwork that would see his wife, Grace, who is 40 years his junior, succeed him in office.

It is sad to look back now and see how much Mugabe — who had so much promise in the beginning as a pan-African technocrat — has veered off the path of providing solid leadership and transformed himself into the Internet’s favorite subject of mockery.