Many Ethiopians in the United Arab Emirates (UAE) know that whenever they desire delicious, authentic Ethiopian cuisine with an unmistakable taste of home, there is one place to go: the Al Habasha.

The Al Habasha is a thriving chain of nine restaurants spread across the UAE, offering authentic Ethiopian cuisine to the Ethiopian community in the Gulf region.

The restaurants are owned and run by Sara Arabi, a 45-year-old Ethiopian woman who landed in Dubai in 1993 as a 21-year-old with only $500 and a zest for a better life, reports GulfHeadlines.

Arabi, who loves to cook, says the idea to open a restaurant came to her after she got constant compliments from her friends who both enjoyed and appreciated her Ethiopian cooking.

In order to get her dream off the ground and gather the needed capital, Arabi started a smaller business exporting VHS tapes (Video Home System) of Bollywood movies back home to Ethiopia.

“I set up a video shop in Ethiopia as films by Amitabh Bachchan, Salman Khan, and Shah Rukh Khan were hot sellers. We even had the Indian ambassador in Ethiopia waiting for our VHS to be delivered,” Arabi says.

When technology overtook the VHS recording format, Arabi moved in to the exportation of CDs, mobile phones, and branded sunglasses. By 1999, Arabi was confident that she had saved enough money to launch what would be the first of several Al Habasha restaurants.

The first restaurant opened near Deira, in the Naif area of Dubai. Arabi remembers that it was a relatively small place, but the delicious food earned it rave reviews and got people coming from all over the UAE to taste her food. 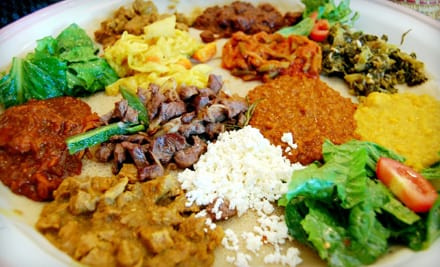 In no time, a second restaurant followed in the Frij Murar area of Dubai.

“Our business was booming and we made more than Dh100,000 monthly [$27,227], which was a good amount for that time. I remember we bought our first Mercedes ML series with the profits from the first restaurant,” Arabi explains.

In the years since that time, the UAE has earned a global reputation as a tourism and commercial haven while witnessing a significant population explosion.

The Ethiopian community in the UAE has also grown in step and Arabi’s Al Habasha restaurant has expanded to a chain of nine restaurants in Abu Dhabi, Ajman, Sharjah and Ras Al Khaima. 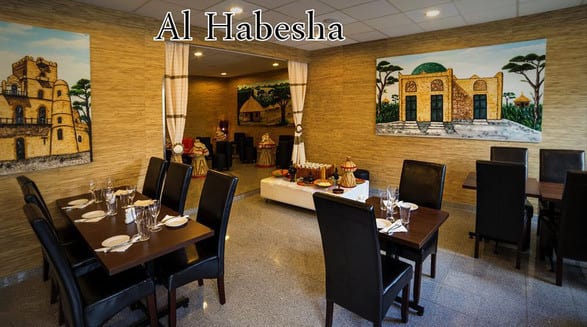 Arabi says her customer base today includes members of the Ethiopian community, the local Emirati, and even European expats who have acquired a taste for spicy Ethiopian cuisine. She believes that her success has come from following her passion and working hard.

“I came to Dubai as a single woman and became a millionaire. Most people wait for money, but I worked hard to change my life. Starting at zero, I am the owner of nine restaurants today, and it makes me proud.”