Knoop of Eastrand, Johannesburg, was found guilty of at least 800 counts of rape, sexual assault, and the possession of child pornography, reports the BBC. Forty-year-old Knoop, a car salesman, pleaded guilty to all charges and told the court in between tears that he was sorry for his crimes.

“I can’t take back everything I have done to all those people,” Knoop told the court. 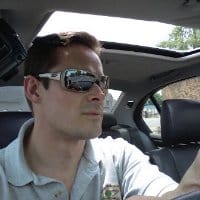 “I need help. This has been a cry for help, and from here on, I can make a difference. It hurts me, but I deserve this. I need help,” he added.

Knoop was arrested when authorities in the United States caught him trying to distribute a cache of child pornography over the Internet. The United States alerted South African authorities who launched a stealth operation that tracked him down through his online details.

The Mother of one of Knoop’s victims, who he sexually assaulted at 12 years old, told the authorities that her child has continued to suffer from psychological trauma as a result of the experience and even attempted suicide.

While handing out the sentencing, Judge Cassim Moosa of the Johannesburg High Court  said, “The accused was a Father figure to the victim…. He abused her trust‚” and added, “Children are usually abused by those who think they will get away with it and they usually do.”

South African law prescribes a minimum sentence of life imprisonment for convicted rapists and Judge Moosa further noted, “There are no substantial and aggravating circumstances which will call for deviation from the minimum prescribed sentences. A sentence higher than the prescribed minimum would be appropriate.”

Judge Moosa also ordered Knoop to attend an anger management program and take classes for sexual offenders to help with his rehabilitation.

South Africa has one of the highest incidences of rape in the world: an estimated 100,000 rape cases take place in the country every year, with some estimates putting the number of South African women who will be raped in their lifetime at 40 percent.

With Monday’s sentencing, Knoop will now spend the rest of his life behind bars at a prison facility in Boksburg‚ Gauteng.