When the Smithsonian National Museum of African American History and Culture officially opens its doors to the public next month on September 24, it will be the Smithsonian Institute’s 19th museum.

The African American museum’s beautiful and intricate design features a rectangular-shaped, inverted step pyramid. The external edifice is covered in glass and surrounded by a bronze-coloured lattice that is inspired by the crown worn by kings of the Yoruba-speaking people of Nigeria. The museum’s critically acclaimed design is the brainchild of Ghanaian born architect David Adjaye. 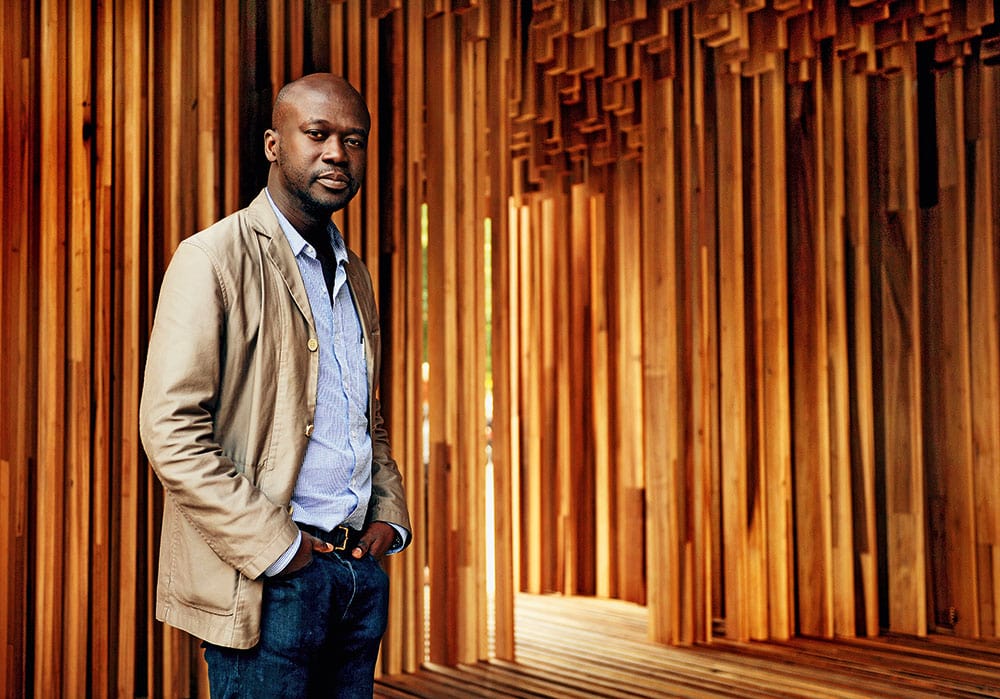 David Adjaye’s winning design for the African American museum was inspired by the crown worn by the Yoruba kings in Nigeria, West Africa. Paris-La

Adjaye, a world-renowned architect, was born in Tanzania to a Ghanaian diplomat father. He later moved to London at the age of nine. Adjaye is a graduate of the Royal College of Art. Some of his other important works include the design of two public libraries in Washington and the design of homes for celebrities like Alexander McQueen and Ewan McGregor.

In 2009, Adjaye led a design team that included Philip Freelon (founder of the North Carolina-based Freelon Group) and the late J. Max Bond, Jr., of New York’s Davis Brody Bond to beat hundreds of other architectural firms in a design competition.

The museum design required a building that would function as a museum while also doubling as a multipurpose event centre that could host cultural events of various kinds. It also required a design that respects the history and views of the Washington monument while demonstrating an understanding of the African American experience.

Above all, the competition criteria specified that the winning design must reflect the optimism, spirituality, and joy but also acknowledge and incorporate the dark corners of the African American experience.

The new museum is five stories tall above ground and another three stories below ground. The Architectural Digest writes:

“Visitors to the museum can begin their tour by taking an elevator four levels down, where they come face-to-face with a vast concrete wall that carries a timeline of the African-American experience — from the slave trade to the Obama era. Ramps ascend through galleries devoted to that history. Also underground is a 350-seat theatre (named for Oprah Winfrey, an NMAAHC founding donor) clad in its own silvery version of the building’s perforated screens.”

The museum’s ground-breaking ceremony was held on February 22, and it was attended by President Barack Obama. Construction work began soon after, and most of the building was complete by November 2015. President Obama is expected to dedicate the new museum when it opens on September 24. An estimated 3,000 items will be on exhibition. The opening will be followed by a week of special events, during which the museum will be open for extended hours.