The smoking of shisha in Tanzania has come under a government ban, which includes the sales distribution and purchase of the product. Shisha is a glass-bottomed water pipe in which fruit-flavored tobacco is covered in foil and roasted with charcoal. The tobacco smoke passes through a water chamber and into a pipe, where it is inhaled deeply and slowly, and the fruit-flavored tobacco tastes smooth and smells sweet.

The smoking of shisha is believed to have originated in Turkey or somewhere in the ancient Persian kingdom. However, its use has become increasingly popular around the world, especially with the intensification of the war against cigarette smoking.

The modern use of shisha began as a Middle Eastern café culture, but it soon spread to Europe and America. Africa, too, was not left behind, and it has gained widespread use among youths and the growing middle class on the continent.

In his statement issuing the ban on the smoking of shisha, Tanzanian Prime Minister Kassim Majaliwa urged authorities, regional leaders, mayors, and district commissioners to implement the directive with immediate effect.

Majaliwa warned all potential offenders of the new law that serious consequences await those who may choose to flout it. Majaliwa added that the consumption of shisha was a bad influence on Tanzania’s youth population, effectively corrupting the good morals in society.

Still, many shisha enthusiasts consider it a trendy, healthier replacement for cigarette smoking. Its sweet flavour and pleasant aroma have made it attractive to female users, with an average shisha bar boasting about as many female smokers as male. 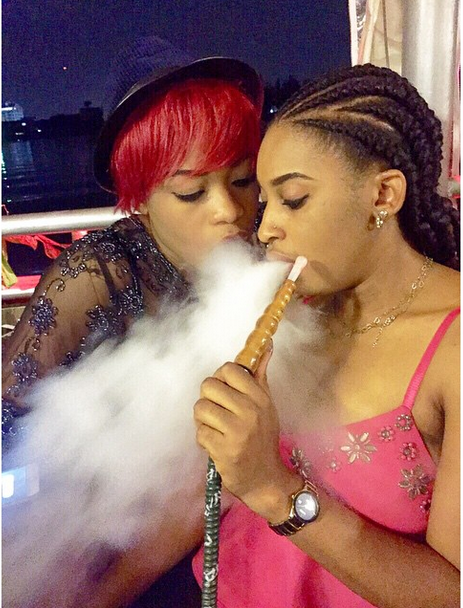 Generally, the smoking of shisha is not looked upon with the same amount of societal disapproval as regular cigarette smoking. So it is not uncommon to find people who would never smoke regular cigarettes inhaling deeply from a shisha pipe.

Opinion remains divided about the possible physical and mental health implications of the use of shisha, while some researchers and many shisha enthusiasts believe it is not as bad as cigarettes because the tobacco passes through water first, reducing the level of nicotine and carcinogens.

In fact, the World Health Organisation says that the volume of smoke inhaled in an hour-long shisha session is estimated to be the equivalent of smoking between 100 and 200 cigarettes.

Independent researchers from the Royal University in Saudi Arabia, though, have demonstrated that shisha smoke is 30 times less concentrated in toxic chemicals as compared to cigarette smoke.