News of the death of Elechi Amadi – one of Africa’s finest storytellers – came as a shock to many in the literary world and indeed, in the entire continent of Africa, not because he was not old enough to transit to the great beyond, having died at the ripe age of 82, but because Africa is gradually losing its first-generation writers. The departure of Amadi and his contemporaries Chinua Achebe, Christopher Okigbo, and so on have left a profound gap in the training of new storytellers, the impact of which has been discussed recently in literary circles.

Born on May 12, 1934, at Aluu in the Ikwerre Local Government area of Rivers State, Nigeria, Elechi Amadi attended the Government College, Ibadan; the Survey School in Oyo State; and University of Ibadan, where he bagged a degree in Physics and Mathematics a year before Nigeria gained independence. He worked as a land surveyor and a teacher before joining the Nigerian Army. During the Nigerian Civil War, he served with the 3rd Marine Commandoes under Col. Benjamin Adekunle and later, Col. Olusegun Obasanjo as an officer in the 14th Brigade. He retired from the military at the rank of Captain.

Afterwards, he held various positions with the Rivers State government as Permanent Secretary, 1973-1983; Commissioner for Education, 1987-88; and Commissioner for Lands and Housing, 1989-1990. He was a lecturer and writer-in-residence at the Rivers State College of Education where he also served as Dean of Arts, Head of the Literature Department, and Director of General Studies. He served in all these capacities meritoriously. However, the service which shot him into national and international limelight was as a novelist and playwright. 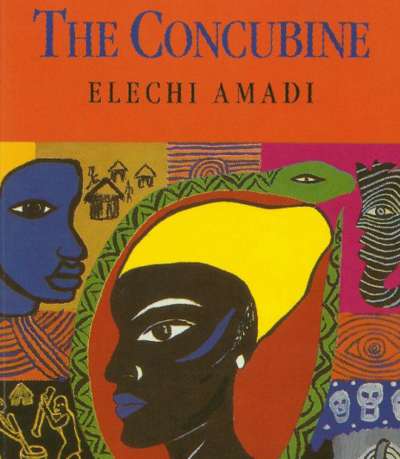 Elechi Amadi was a serial writer. He published several distinguished works including “The Concubine” (1966), “The Great Ponds” (1973), “The Slave” (1978), “Estrangement” (1986), “Isiburu” (1973), “The Road to Ibadan” (1977), “Sunset in Biafra” (1973), “The Woman of Calabar” (2002), and several other titles. “The Great Ponds” and “The Slave” inspired many readers; however, the novel that shot him into prominence is “The Concubine,” which has been read and reviewed all over the world. It was even made into a film, which premiered in Abuja in 2007. Across schools in Africa, “The Concubine” remains a recommended text in English Language and Literature-in-English courses.

Amadi was unique in his approach to literature. Unlike the other novelists of his generation, Amadi is known for writing about rural communities in Africa without emphasizing alien influences in them. His desire was to see a better society in Africa, so he preferred to engage his immediate African society, narrating their challenges while trying to find solutions to them. The religious and dramatic overtones in his novels explore the view that human destiny can be changed.

For his works, he won many awards including Fellow, Nigerian Academy of Education, and Member, Order of the Federal Republic. He also received an honorary Doctorate degree (D.Sc.) in Education from Rivers State University of Science and Technology. In a tribute to Great Authors of World Literature, the writers at enotes.com describe Amadi as best known for his “psychological delineation of characters and for his analysis of their psychological disposition and the forces – social, psychological, natural, and supernatural – that influence and condition them.”

Amadi died in Port Harcourt, Nigeria, after a protracted illness caused by multiple organ failure. His departure comes at a time when the literary world, especially in Africa, requires more storytellers and creative giants. Thus, we bid a bittersweet good night to the “Writer’s Captain.”