Since the promulgation of the current Kenyan constitution in 2010, Kenyans now enjoy a great deal of their right to freedom of speech. Lately, local graffiti artists have begun using this freedom to promote sociopolitical sanity and challenge the status quo.

These artists, most of whom are in their early 20s and mid-30s, argue that graffiti and fine art are their only outlet for political opinion, particularly in a country where politics is the order of the day.

Speaking to the Guardian recently, 43-year-old Michael Soi, a Kenyan artist, said, “Art has always been seen as something for decorating homes and that is why we can get away with so much.”

Soi, who is now a celebrated local artist, adds that most of his artwork is designed to speak against the ills that have plagued Kenya for many years including rampant corruption, tribalism, and bad politics.

He created the Fat Cat series of  popular, political, satirical paintings to challenge those behind multi-million dollar corruption scandals that have happened in the country over the years. 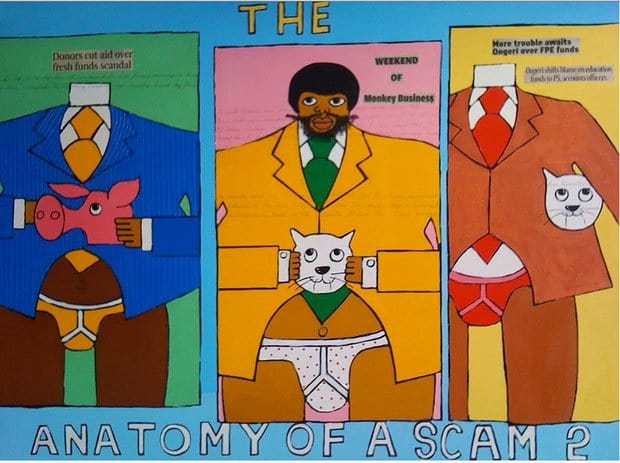 Images of the Fat Cat Series created by Michael Soi. The Guardian

Anne Mwiti, another internationally acclaimed Kenyan artist and lecturer at Kenyatta University, argues that the current political tension in Kenya ahead of 2017 general elections is having a direct impact on the art world.

She also calls on Kenyan artists to use their work in the public space to promote political realism and ensure that the ugly incidents of post-election violence that claimed more than 1000 lives in 2007-2008  are not experienced in the coming elections.

“There is a general feeling that something bad is bound to happen. We want to use art in the public space to fight against that,” Mwiti told the Guardian.

Over the last three years, there has been increased effort by Kenyan artists to voice their discontent, insofar as corruption is concerned, through street graffiti, particularly in Nairobi.

On December 11, 2014, Nairobi residents woke up to a startling scene of donkeys abandoned in Nairobi’s Central Business District with graffiti painted on them that said “Tumechoka”- a Swahili word meaning “we are tired.”

The graffiti was intended to send a message to the Kenyan elite that ordinary Kenyans, depicted as donkeys, were tired of the rising cost of living, which activists have continuously attributed to the runaway corruption.

In March 2015, a similar incident happened in Nairobi: five donkeys were chained to metal rails along Kenyatta Avenue – one of Nairobi’s busiest streets – with graffiti condemning members of parliament.

However, a section of Kenyans condemned the act, with some animal rights activists claiming that the paint applied on the animals contained harmful substances such as lead. 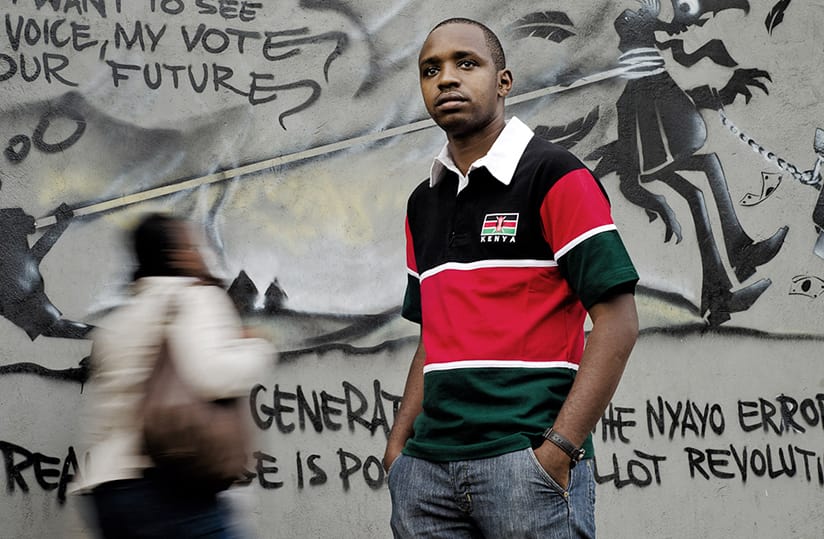 But Boniface Mwangi, founder of Pawa254 – a social organization that gives artists a platform to showcase their work – refuted the claims, saying the paint had been tested for any harmful elements.