This article has been edited and was first published on May 09, 2014. 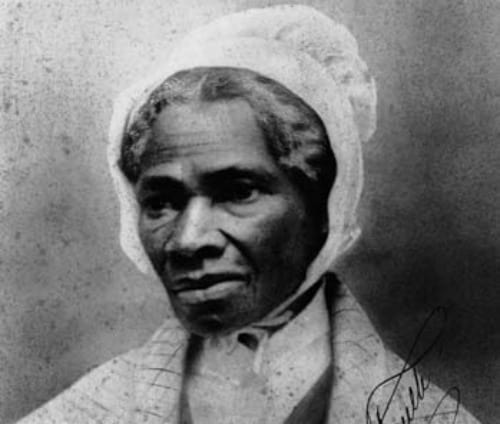 Sojourner Truth is an iconic figure who fought for women’s rights, human rights, and made her mark in the history books by fighting against the injustices of slavery in the United States. On this day in 1867, Truth delivered a speech in New York that applauded the end of slavery yet also called for equal rights for women.

SEE ALSO: On the Contrary, Feminism Is African

Truth, born into slavery as Isabella Baumfree in 1797, became an early advocate against the practice of slavery. Truth escaped bondage in 1826 with her infant child, awaiting the state’s emancipation in 1827. One of her earliest triumphs happened when her son, Peter, was just five years of age.

Challenging that Peter was illegally sold into slavery, Truth became one of the first Black women to challenge a White man in court and win.

In 1867, the American Equal Rights Association was celebrating its first anniversary and Truth was one of the event’s keynote speakers. Although Truth wasn’t an eloquent speaker, her passion and plain-speaking speech was noteworthy for its fearlessness and honesty.

Here, a portion of her speech:

Well, Sojourner has lived on through all the scenes that have taken place these 40 years in the anti-slavery cause, and I have plead with all the force I had that the day might come that the colored people might own their soul and body.

Well, the day has come, although it came through blood. It makes no difference how it came–it did come. (Applause.) I am sorry it came in that way. We are now trying for liberty that requires no blood — that women shall have their rights  — not rights from you. Give them what belongs to them; they ask it kindly too. (Laughter.) I ask it kindly.

Now, I want it done very quick. It can be done in a few years. How good it would be. I would like to go up to the polls myself. (Laughter.) I own a little house in Battle Creek, Michigan. Well, every year I got a tax to pay. Taxes, you see, be taxes. Well, a road tax sounds large. Road tax, school tax, and all these things.

Essentially, Truth felt that if women could do the hard work that men do and also be providers and pay taxes, then they, too, should have a say in the civic process of voting.

The above excerpt is the actual account of a second portion of her speech. During the first part, she explicitly talked about the rights of Black women and shared concerned that women’s rights would be ignored in the face of slavery ending.

SEE ALSO: Aboriginal Icon Truganini Died On This Day In 1876