South Sudan has topped the list of the world’s most dangerous country for aid workers.

According to a report by the Humanitarian Outcomes, 46 aid workers were attacked in Africa’s youngest nation in 2017.

Before 2016, attack on aid workers in the country was rare. However, cases of kidnapping and attacks increased as armed groups used the tactics to control aid operations.

“It’s the third consecutive year that South Sudan tops the global list, underscoring the complexities in delivering aid in this war, and the impunity with which armed actors operate when attacking aid workers,” said Jan Egeland, Secretary General of the Norwegian Refugee Council (NRC).

Such attacks cost the smooth flow of humanitarian aid to the needy and desperate people affected by violence and war. 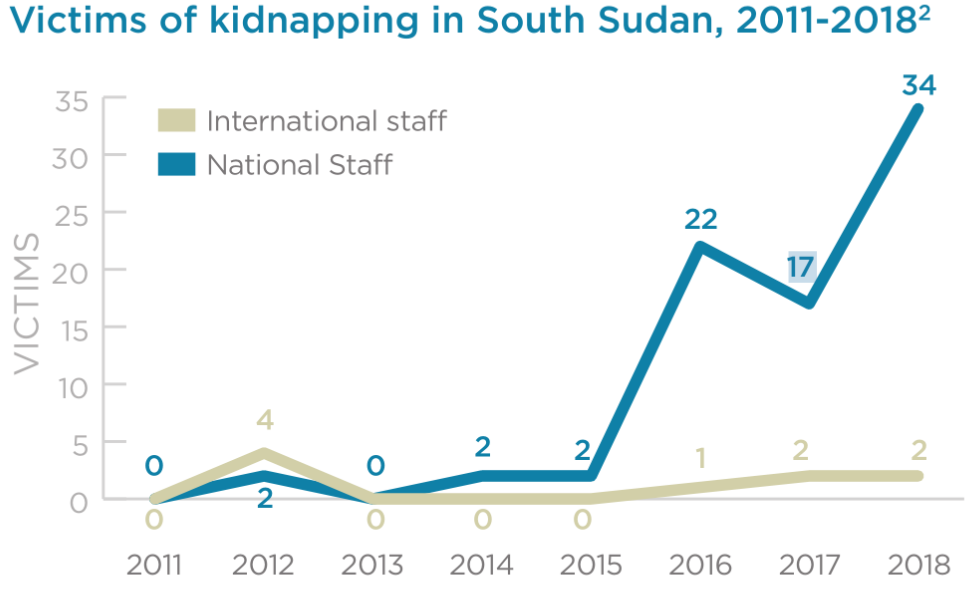 Also on the list of dangerous countries is the Central African Republic, which saw an increase in aid attacks following fighting in the country in May 2017. The other countries are Nigeria, Somalia, Mali and the Democratic Republic of Congo.

As the world celebrates the Humanitarian Day today, there has been a call for world leaders to protect humanitarian workers including healthcare workers.

“Health is a fundamental human right, and attacks on health care are a blatant violation of that right.” Dr Tedros Adhanom Ghebreyesus, Director-General of WHO.

The UN Secretary-General, António Guterres said: “On World Humanitarian Day, I call on global leaders to do everything in their power to protect people caught up in conflict.”