Flight operations at the U.K.’s Stansted Airport were temporarily shut down Tuesday as protesters broke in to a secure area and locked themselves in an aircraft.

A group of protesters entered a non-commercial runway at Stansted Airport, Essex and locked themselves in an aircraft at about 9:30 p.m. local time, affecting a total of 23 incoming flights, including flights from Naples, Cologne, and Glasgow, which had to be diverted to other airports.

Seventeen people were arrested after police were called, according to the BBC. 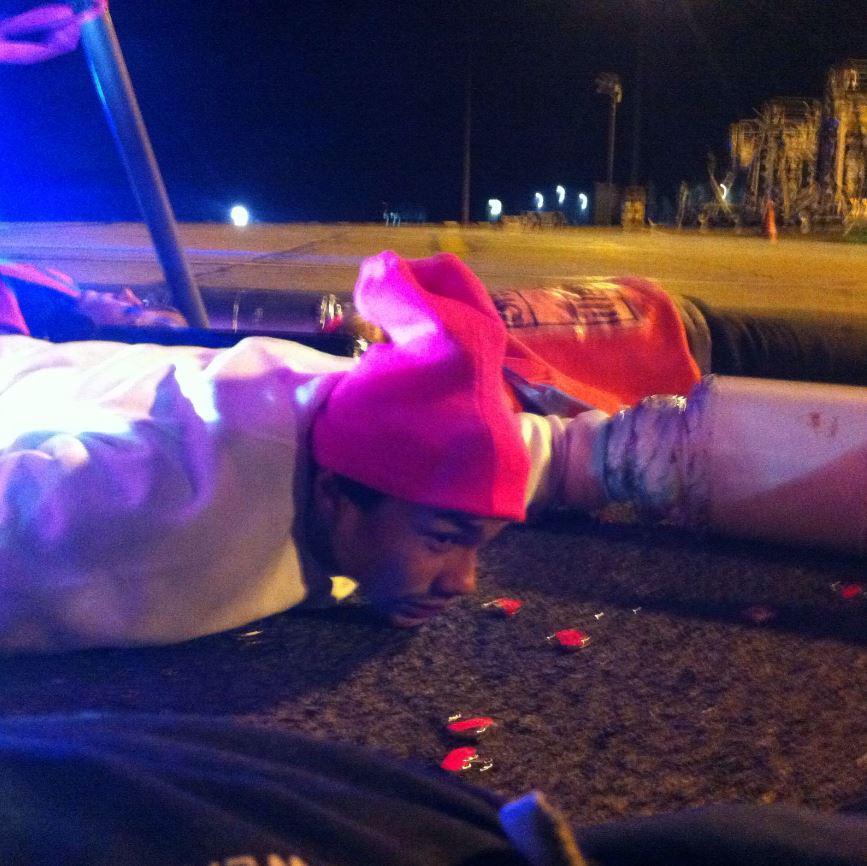 The group of protesters entered a non-commercial runway and locked themselves in an aircraft at the Stansted Airport. Photo credit: The Sun

The protesters, who were drawn from a coalition of anti-deportation groups such as Lesbians and Gays Support the Migrants (LGSMigrants), End Deportations, and Plane Stupid, say their actions were designed to halt a planned “mass deportation flight” headed for Ghana and Nigeria.

According to the activists, “For too long the government has kept these brutal mass deportation flights under wraps. The U.K. government is snatching people from their beds in the dead of night, handcuffing them, and forcing them on to planes with no witnesses. That’s not the kind of society we want to live in. We must stop these violent mass deportations now.”

The campaigners said more than 1,500 immigrants were deported from the U.K. on mass deportation charter flights to Nigeria, Ghana, Albania, Jamaica, and Pakistan in 2016 alone.

The activists argued that most of the intended deportees were asylum seekers who had their requests turned down. They posted images from the protests on social media with photographs of people lying on the ground as they were surrounded by security staff and police:

At the time of the protest, a police spokesman told reporters the authorities had managed to bring the situation at the airport under control, “Protesters entered and locked themselves on to an aircraft destined for Nigeria. Officers are currently at the scene and we are in the process of removing them.”