President Nana Addo Dankwa Akufo-Addo of Ghana has issued a ban on the purchase of new operational vehicles by Ministries, Departments, and Agencies (MDAs).

All MDAs have been directed to make use of the “existing fleet of vehicles in their respective transport pools,” according to Joy Online.  The President’s chief of staff, Akosua Frema Osei-Opare, issued the ban in a letter dated March 21, 2017, which was communicated to all MDAs.

The ban, which will be in place until further notice, makes an exception, though, for “extraordinary circumstances,” in which case the MDA seeking to make a purchase “shall seek for and obtain the prior express written authorization.”

Speaking about the issue on a local radio program, Deputy Chief of Staff Samuel Abu Jinapor said the ban was put in place to conserve government’s scarce resources in the face of a sluggish global economy and falling government revenues.

“Capital expenditure is used for purchasing vehicles, but in this budget, the President wants to spend it on the productive sector of the economy.

“These are not normal times,” Jinapor added, arguing that the government has cut its spending on recurrent expenditures to see if there is a significant development impact.

Jinapor also emphasized that since his inauguration, President Akufo-Addo has been riding in an official car that is nearly a decade old.

“That’s what he has been riding in, [and] he is working to ensure that we manage the resources of the country judiciously,” he said. 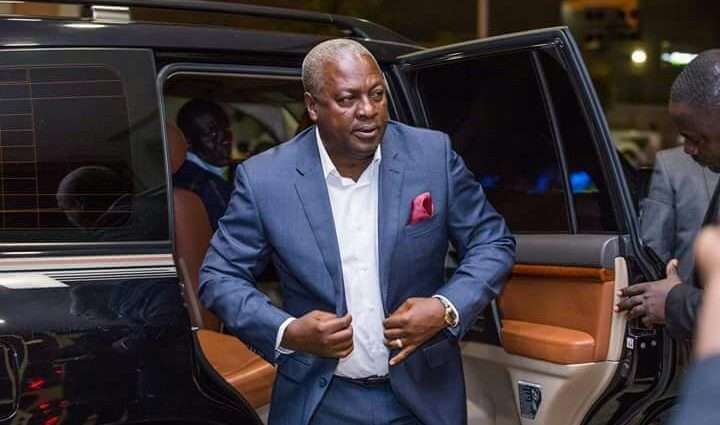 Former President Mahama coming out of one of his vehicles. Photo credit: Pulse Ghana

The ban on the purchase of new government vehicles comes on the back of an announcement by a presidential spokesman in February that no less than 200 cars from the presidential car pool had gone missing following the exit of former President John Mahama.