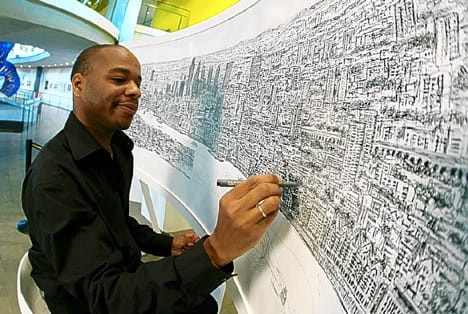 British architectural artist Stephen Wiltshire (pictured) was recently profiled in a op-ed piece entitled, “Drawing What Our Mouths Cannot Say,” which speaks to the ways children use art to express their challenges, insecurities, and dreams.

Wiltshire, who was born in London, England, in the early ’70s, is internationally known for his beautifully ornate renderings of the world’s most-beautiful cities.

Diagnosed with autism at 3 years old, Wiltshire wouldn’t speak until he was 5 years old and his condition was exacerbated by the untimely death of his father.

It was at London’s Queensmill School, though, that teachers would finally get him to speak, after observing both his skill and interest in drawing.

Wiltshire’s sister Annette explains, “They took away his pen and paper and tried to make him ask for them back. He was so frustrated – he needed them so badly that he was forced to say ‘pen’ and ‘paper.’ Those were his first words.” 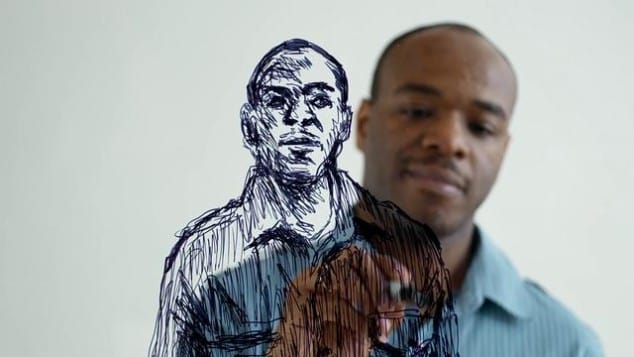 And that would be the beginning of his long-life love of drawing, with his first commissioned piece being for Prime Minister Edward Heath of the Salisbury Cathedral.

Wiltshire has since published five books, with the most-recent one, “Floating Cities,” landing on the Sunday Times best-seller list. 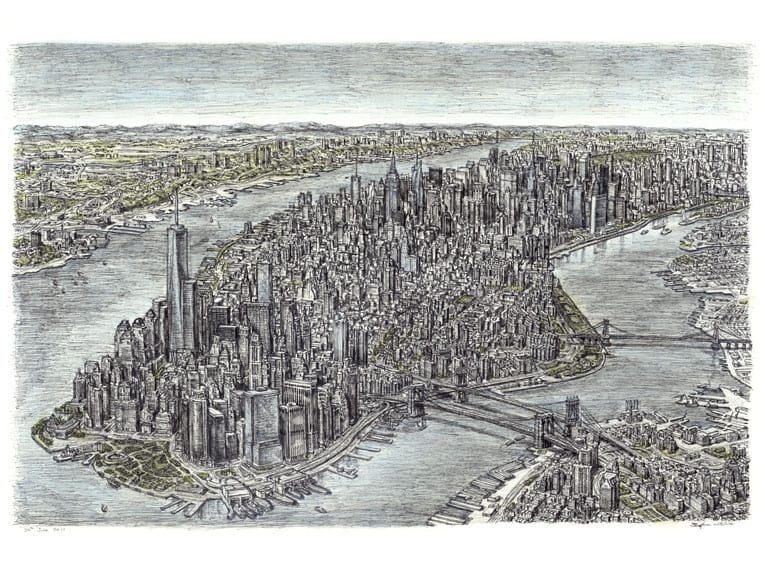 He is most-famous work, though, has come from his panoramic cityscapes, which customarily sell for six figures.

What makes Wiltshire’s work especially unique is that it is all re-created from memory.

For example, following a single helicopter ride over the city of Tokyo, Wiltshire created his longest panoramic drawing in May 2005.

The city dearest to his heart, though, is New York; this particular offering featured New Jersey, Ellis Island, the Financial District, Brooklyn, and the Statue of Liberty.

It took him only five days to complete the work.

Wiltshire’s work is so precise that he even manages to accurately capture the details of windows and trees.