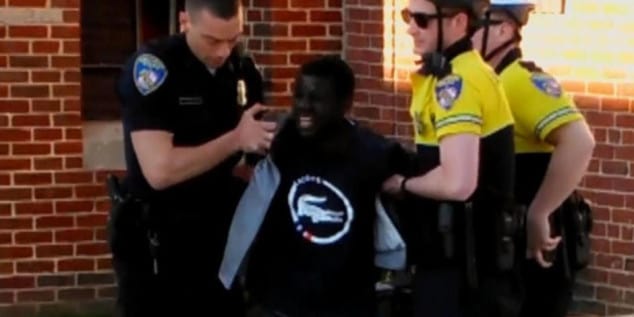 Recent news stories about police brutality and race politics have got me considering whether the African experience is different from the African-American experience in America. Is there a difference? Does it matter that one is African and another is African American or some other group of color? Images on the TV screen, the Internet, and in newspapers of thousands of protestors engender feelings of anger toward the perpetrators of injustice as well as fear for the future of Black children, particularly Black males.

I wonder how our parents’ generation must feel about the current state of affairs in America and how it affects the mind-set of this present generation? As a child of African immigrants, I know of the journey from oppression to a land of perceived freedom and the dreams of children growing up safe and unharassed.

I know our parents got a taste of discrimination and prejudice, but did they think that race relations in America would regress so drastically?

We are forced to consider the reality of being countered by the deadly force of White supremacy, which does not discriminate between our Blackness.

Now, more than ever, is the time that Black people and people of color all over the world must hold one another up in solidarity and love. As stated by Jesus Christ, “A house divided against itself cannot stand.”

Our division only makes us weaker and more vulnerable to the effects of institutionalized racism, generational prejudice, and inhumane White supremacy.

We must not allow ourselves to be divided for a third time.

As Africans, we must not stand by and assume that what we see going on in our various communities in America is just an African-American problem,  “Injustice anywhere is a threat to justice everywhere, ” Dr. Martin Luther King Jr. once said.

I also share the same sentiment as Malcolm X, who said, “I believe in human beings, and that all human beings should be respected as such, regardless of their color.”

Human beings must love each other, but we as a historically oppressed people (both in and out of Africa) must pay special attention to our brethren.

SEE ALSO: The Youth Need To Take Up African Feminism