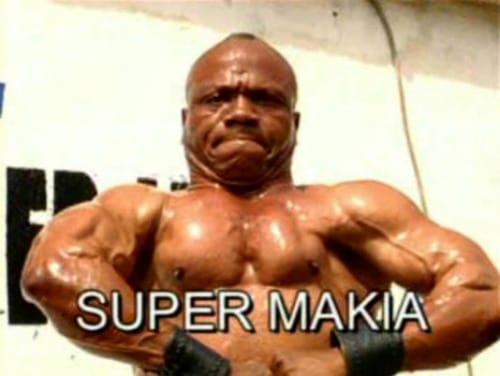 Cameroon (Face2FaceAfrica) Africa Heavyweight Wrestling Champion Mbeng Jacob Makia, who is better known in the ring as Super Makia of Cameroon, says he will soon retire from competitive professional wrestling.

Since 1986, Super Makia has been the reigning Africa wrestling champion, and on June 8th, the 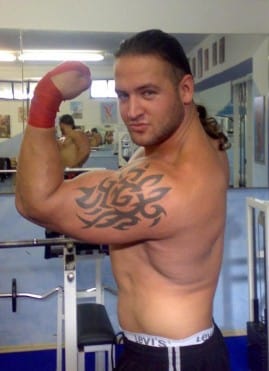 The 56- year- old short and muscular wrestler who is also the third  vice president of the Cameroon Professional Wrestling Federation told a press conference recently in Yaoundé that this will be his last bout as a professional wrestler before he retires. Still, Makia intends to use the upcoming event as an opportunity to prove that he is the only world champion.

Super Makia has entered the ring 86 times, registered 85 victories, and has one draw. He defeated giants like ‘’Big Bulu,’’ ‘’Ngamazine,’’ and ‘’Times Manodor’’ taking back the prestigious Africa wrestling belt in Nigeria.

South Africa’s ferocious wrestler ‘’Tiger Destroyer’’wrestled with Super Makia in Yaoundé in 2006 to snatch the African title, but the Cameroonian giant and hero crushed him. Since then, he has been waiting for another strong and daring challenger and Austrian –born ‘’Bambi Killer’’ is next in the line.

Super Makia will hand over the baton to his successor whom he will present to the public at the event but will not stop grooming youths who want to start a career in professional wrestling at his Gorillas Club, located at the Dakar en Bas neighborhood, Yaoundé.

What’s next for the successful wrestler?

Super Makia says he wants to turn his attention to acting, ‘’I have already received requests from film producers residing in the USA,” he explained to Nyanga Magazine.

In the early 1980s to the late 1990s, the renowned wrestler resisted the weight of 20 bags of cement on his chest for 10 minutes, pulled a stationary vehicle with his teeth, and had stones split on his chest with sledge hammers. He also single handedly pulled 50 soldiers with each hand, and when he clasped his fingers, 100 persons could not untie them.

As for his diet, Super Makia would eat eight whole chickens a day: 2 cooked for breakfast, 2 for lunch, 2 for pre-dinner, and 2 for dinner. These days, Super Makia only eats 2 whole chickens because of financial difficulties. He has also reduced the consumption of eggs from 3 to 1.

Super Makia was born in Kumba, which is found in the Meme Division of the South West Region of Cameroon, where he obtained his elementary school certificate. He enrolled in the Lagos School of Sports as an amateur wrestler, and thanks to a Nigerian government sponsorship, he traveled to China and became a professional wrestler. He is married and has 4 kids.