South Africa’s Jazz legend Thandi Klaasen has died at the age of 86. She passed Sunday morning after a prolonged battle with pancreatic cancer.

Klaasen was born in 1931 in Sophiatown, Johannesburg. Her father was a local shoemaker and domestic worker.

As a teenager, Klaasen was attacked with acid, which left her face permanently scarred; yet, that didn’t stop her from pursuing her talent as a singer.

Her music career started in the mid-1950s, performing as both a singer and a dancer. In 1961, she moved to London to work in the popular all-African jazz opera “King Kong,” which included artists such as Dolly Rathebe, Miriam Makeba, Dorothy Masuka, and more.

One of Klaasen’s most popular songs is “Sophiatown.” It talks about her hometown, Sophiatown, where she faced some of the most heartbreaking moments of her life. Others hits include “What a Wonderful World” and “My Way.”

Her songs also played an important role in exposing police brutality and other forms of abuse committed by colonialists during the dark days of Apartheid in South Africa.

Senior government officials in South Africa, including the Minister of Arts and Culture Nathi Mthethwa, sent their condolences to Klaasen’s family.

In particular, Mthethwa praised Klaasen, saying she will be remembered for her indomitable spirit to defy even the greatest odds in order to succeed in life:

We are saddened to learn that Jazz Legend Thandi Klaasen has passed on. Our thoughts are with her daughter Lorraine, her loved ones, & fans. pic.twitter.com/vGbOQotbeJ

The minister added that Klaasen, who suffered a stroke in December, was feisty, street smart, and full of life.

“She stood the test of time, having had a career, which lasted over five decades,” Mthethwa was quoted by the eNCA.

In 2006, Klaasen was awarded with South Africa’s Order of the Baobab in Gold for her excellent achievement in and contribution to the art of music. 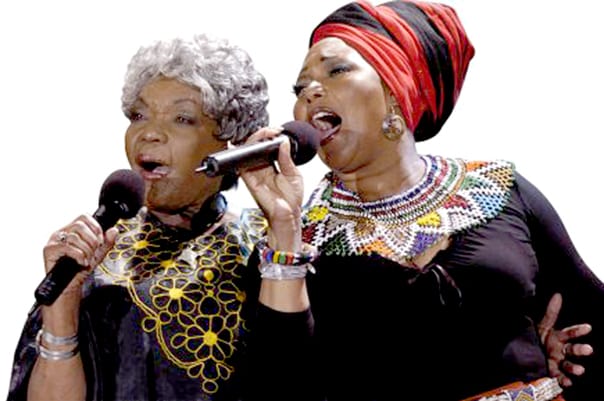 She was among five legendary South African female jazz icons that were honored with the lifetime achievement awards by Standard Bank in 2013.

She was also the recipient of the Woman of Distinction Award in 1999 and a lifetime achievement award at the 2006 South African Music Awards.

Klaasen is the Mother of renowned Montreal-based singer Lorraine Klaasen.