A town in Somalia has banned what it terms lavish and extravagant wedding ceremonies in an effort to encourage young people to marry.

The town of Beled Hawa in Somalia’s south west has restricted spending on “wild partying” and other wedding expenses. Receptions in hotels would no longer be allowed and not more than three goats can be slaughtered to feed guests, the BBC reports.

Beled Hawa’s commissioner Mohamud Hayd Osman told the BBC that the town had put new spending limits on a number of traditional wedding expenses. The bride price had been pegged at $150 and not more than $600 can be spent on furnishings for the couple’s new home.

The move, according to council authorities, is meant to tackle the high rate of migration among young men of marriageable age. It is also part of decisions reached after council officials met to find out why an increasing number of children in the community are born outside of wedlock.

Traditional Somali weddings can be a lavish, week long affair that can cost quite a fortune to the groom and his family. The groom is expected to gift the bride with gold jewelry in addition to spending on new household furniture. Other costs include new outfits for the couple and a grand wedding reception. 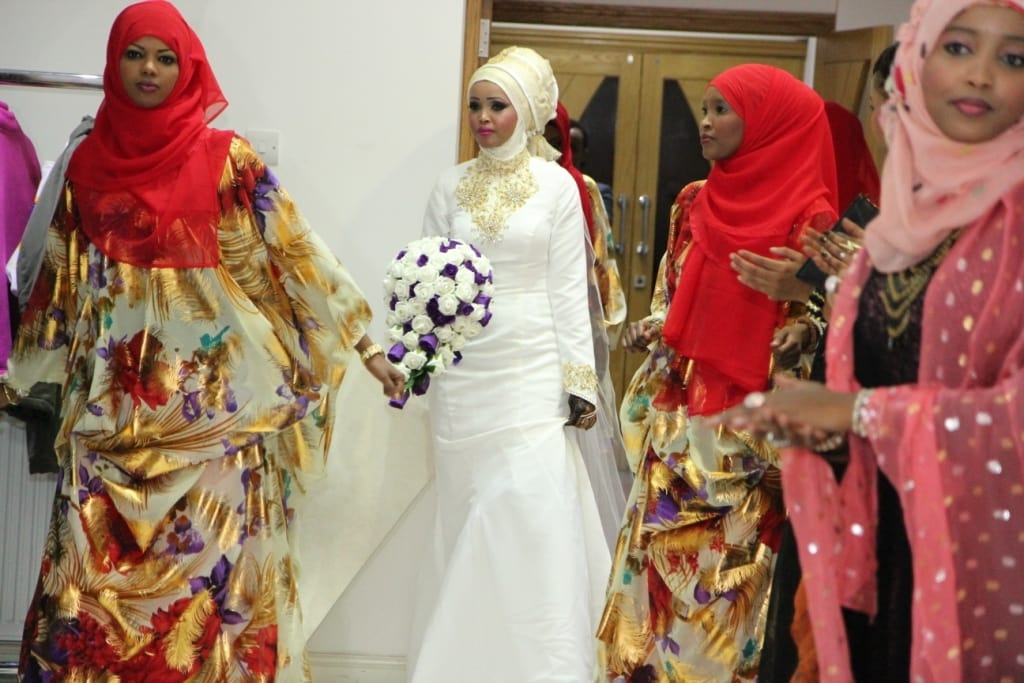 A Somali bride on her wedding day.

Instances where the groom’s family spends as much as $5,000 on a wedding are not uncommon. This, the town’s commissioner says, needs to stop.

“Young women were refusing to get married unless a fortune was spent on wedding gold and household furnishings.

“A young woman must be supported to get married to the young man she chooses… so the community can grow,” he said.

According to the commissioner, the social expectation of hosting a lavish wedding ceremony in Somali communities already struggling with poverty caused by drought and years of war could potentially empty the town of all its young men of marriageable age.

“Islamic teachings indicated that getting married should be cheap,” Osman said.

As one of the 5 major ‘rites of passage,’ traditional wedding ceremonies in Africa can be an over-the-top, extravagant affair with families often struggling to outdo themselves to create a memorable occasion. While the intentions may be noble, the financial strain of an expensive wedding often leaves the newly married couple in needless debt.