Pre-independence African literature introduced before the 1960s addressed issues of colonialism and occupation with an often bitter tone.

Ethiopia Unbound was one of such writings, which is said to be the first African novel written in English by one of Ghana’s greatest authors and leading Pan-African nationalist, Joseph Ephraim Casely Hayford in 1911. One of the most important contributions to the literature on African nationalism, Ethiopia Unbound is primarily a work of fiction and hence belongs to the field of African literature with rich content and ideas that are vital to individuals interested in African studies.

Casely Hayford, the author, Gold Coast lawyer, politician and journalist who was born to parents of British colony Gold Coast (now Ghana), received his early education in the Cape Coast town of Ghana before heading to Fourah Bay College in Freetown, Sierra Leone for further studies. There he became a follower of the West Indian-born African educator, Edward Wilmot Blyden.

Dedicated to helping improve conditions for the people of Africa, Hayford’s ideas about colonialism, African nationalism and racism are easily found in his numerous works. Deeply influenced by Blyden’s “Ethiopianism” (a crystallization of religious and political notions) while he was a student in Sierra Leone, Hayford penned Ethiopia Unbound to condemn the blunders and hypocrisy of colonial policy as compared to the African world.

Following the struggles of African life under British rule, the novel made a plea for a unified African nation, with Hayford being optimistic that “there would be victory over the colonial oppression in the Gold Coast and that his people, the Fante, would enjoy their own freedoms and independence as citizens equal to any in the world. For him, this is not just the objective of the Fante, it is it the aim for the entire Ethiopian world, by which he means all of Africa.”

Ethiopia was then the only truly independent island in the sea of colonial Africa and thus became a symbol of African independence, according to historical writings. Following the Battle of Adwa in 1896 in which the Ethiopians defeated the Italians, Ethiopia became “emblematic of African valour and resistance.”

“In a slave or colonial era, Ethiopia, the only African state that had not been colonized became a bastion of prestige and hope to thousands of Africans, especially those in America and the west indies who were taunted by the whites for the absence of any substantial collective achievement by their race and the inability of the people to rule themselves,” a review of Ethiopia Unbound stated.

“These ideas about Ethiopia and Ethiopianism were current during Casely Hayford’s time and they entered into his stream of political thought. Colonial Africa was to him Ethiopia chained. His political theory was that with Africans assuming control of their own affairs and developing their indigenous institutions, fettered Ethiopia would be unbound and eventually emerge as a giant among other nationalities,” the review added. 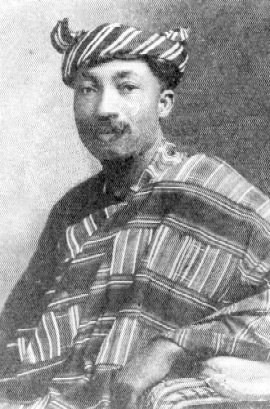 Thus, in Ethiopia Unbound, Casely Hayford explored the philosophy of African nationalism, stressing that education was one of the forces the black man could use to attain independence. This type of education, according to the work, was “an education of the black masses, institutionally controlled by black men and void of European customs.”

Hayford, in effect, publicly advocated the establishment of a national university with a curriculum relevant to African needs and conditions. The plot and character of the novel are also designed to give an idea that black institutions are better than European institutions.

“Through plot structure, one sees the inevitable conflict of two worlds – the African world and the European world. This opposition is never completely resolved, but it becomes apparent that native institutions of marriage and social life are far superior and weaken under the influence of modernization,” cites a review from Hazel W. Ward, from the University of Texas, Austin.

In terms of the characters, the hero of the story, Kwamankra, who urges his countrymen to “emancipate [themselves] from the thralldom of foreign ideas inimical to racial development” is presented as one with wisdom as opposed to the selfish desires of European characters.

In essence, Ethiopia Unbound by Casely Hayford presents a renewed Africa that is declaring its desire for freedom and reclaiming its traditions and customs. 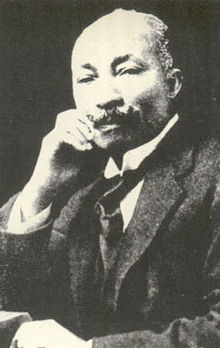 Casely Hayford is best known for similar books about Africa including Gold Coast Native Institutions (1903) and others that were in opposition to British land management acts, such as the Crown Lands Bill of 1897, and the Forest Ordinance of 1911.

In his early years, he worked as a high school teacher before travelling to London, England in 1893 where he trained to become a barrister (attorney) and began practising law in England in 1896. With a strong interest in the political movement for African emancipation, he returned to Cape Coast the following year and became an active member of Aborigines’ Rights Protection Society, a group that advanced the cause of indigenous Africans. By 1910 he was elected president of the society.

Ten years later, along with T. Hutton Mills, Casely Hayford founded the National Congress of British West Africa (NCBWA), a major political movement in West Africa and one of the earliest formal organisations working toward African emancipation from colonial rule. He would represent the Congress in London in 1920, to demand constitutional reforms from the colonial secretary, and address the League of Nations Union.

In 1923 he was named the president of the Congress. He had before this began a career in public office with his nomination to the Legislative Council of the Gold Coast in 1916. This advisory council to the British colonial governor was the only body of African elected officials in the colony.

Before his death on August 11, 1930, the politician, educator and leading Pan-African nationalist had a major interest in Afro-Americans and encouraged the pan-African aspirations of Dr W. E. B. Du Bois and Marcus Garvey and their followers, wrote books on pan-African protest including his last pamphlet, The Disabilities of Black Folk and Their Treatment, with an Appeal to the Labour Party.