On September 28, 1958, during a meeting with French West African States to choose between agreeing to autonomy under France’s fifth republic or become an independent state with no financial and economic support from the French government, Ahmed Sekou Toure boldly told the then President of France, General Charles de Gaulle: “We would rather have poverty in freedom than riches in slavery”.

His response was more than enough indication that French Guinea wanted to be left alone to manage its own affairs and this greatly angered the French president who reportedly stormed out of the meeting after Toure’s reply. A few weeks later, on October 2, 1958, Guinea was declared an independent country with a new name, The Republic of Guinea and Ahmed Sekou Toure as its first president. 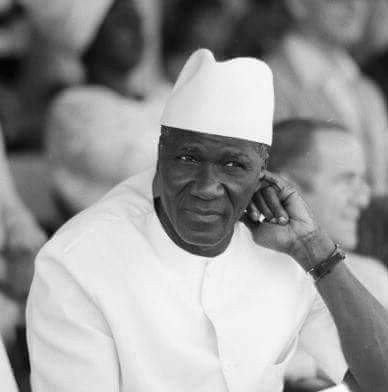 Sekou Toure ruled Guinea from 1958 until 1984. In the first few years of his reign, he managed to stabilize the Guinea economy through a ten-million-pound loan he received from Kwame Nkrumah in support of the country’s development.

He was also able to establish great contacts with the British, U.S.A and Chinese governments who also helped in the infrastructural development of Guinea but unfortunately, its economic development was on the slower side and citizens were faced with hardship.

By the 1970s the economic situation in Guinea was in a very frightful state with citizens barely trying to survive. Many Guineans had fled to neighbouring countries to seek refuge from the harsh political and economic situations in their country.

In 1977, President Ahmed Sekou Toure passed a new trade law that prevented small-scale farmers and food vendors from selling their products. The law stated that all agricultural products must be delivered to and sold through the state-owned cooperatives. In addition, it was declared that the government would release set prices for goods that the public markets could trade in.

As trading in food products was one of the main occupations in the country at the time, the new policy by the Sekou Toure government put several people out of jobs and women were greatly affected.

Due to Guinea being a Muslim state by the majority, for many years, dating as far back as the colonial Guinean days, women had been sidelined and had to follow in the shadows of men. Even after independence, women continued to suffer despite the constitutional provisions for equality.

Women were not able to access formal education due to religious and traditional beliefs; they could not access good healthcare and jobs mainly because of segregation and were underrepresented in public offices. They, therefore, had to make do with blue colour jobs and petty trade as a means of survival.

With the new law passed, many women were filled with rage of having to deal with the strenuous situation while still dealing with the government police officers who harassed and troubled them in the markets. This led to several market women finally standing up for their rights to protect their main means of survival. 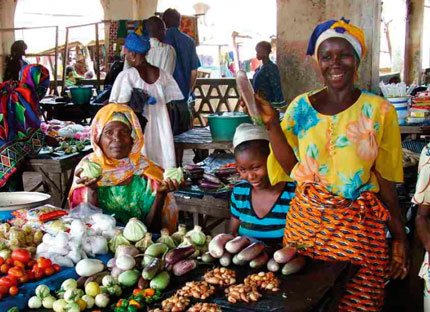 On August 27, 1977, market women in Conakry market, West Africa’s biggest market, teamed up to protest the government police forces and the new trade law passed by Sekou Toure. The demonstration came as a huge surprise to the nation as it had never seen women rise up and speak for themselves amidst all the policy and economic issues the country was already facing.

The number of women who came out was overwhelming and soon, the streets of Conakry was troubled with a demonstration that turned into an uncontrollable riot. By the end of the day, similar demonstrations started in other marketplaces in the country which led to one of the biggest riots the country had ever seen.

Several police officers and market women lost their lives including three state governors who attempted to stop the women from demonstrating. Peace was finally restored when the president announced that he was going to see to it that the law is revised.

A few days after the riots, the women threatened to go on another national demonstration and President Ahmed Sekou Toure immediately released a statement saying that the new laws had been withdrawn and women could go back to their usual trading.

The Market Women’s Riots of 1977 did more than protect the trade laws for Guineans and jobs of several women. It also shook President Toure greatly and drastically changed his actions.

He made trading more profitable to the Guineans and released several high taxes on trading. In addition, he granted amnesty to several exiled citizens, supposed criminals, journalists and politicians. In 1978, he abandoned his Marxism dream, settled disputes with the French and established better trading deals with the West. These led to the economy of Guinea becoming better and in the long term, attracting investors.

The riots of 1977 also sent a wave throughout Guinea that stirred up bold and courageous citizens to speak against the very feared Toure government.

Despite being described as an autocrat until his death in 1984, the riot ensured the drastic end of his monopoly on the country’s economy and finances.

Since 1977, every August 27 was marked as a national holiday in Guinea until its suspension in 2006 by Conte’s government. The suspension did not stop many women’s organisations from embarking on street walks to remind the women of Guinea of the power and influence they have and to empower the youth.