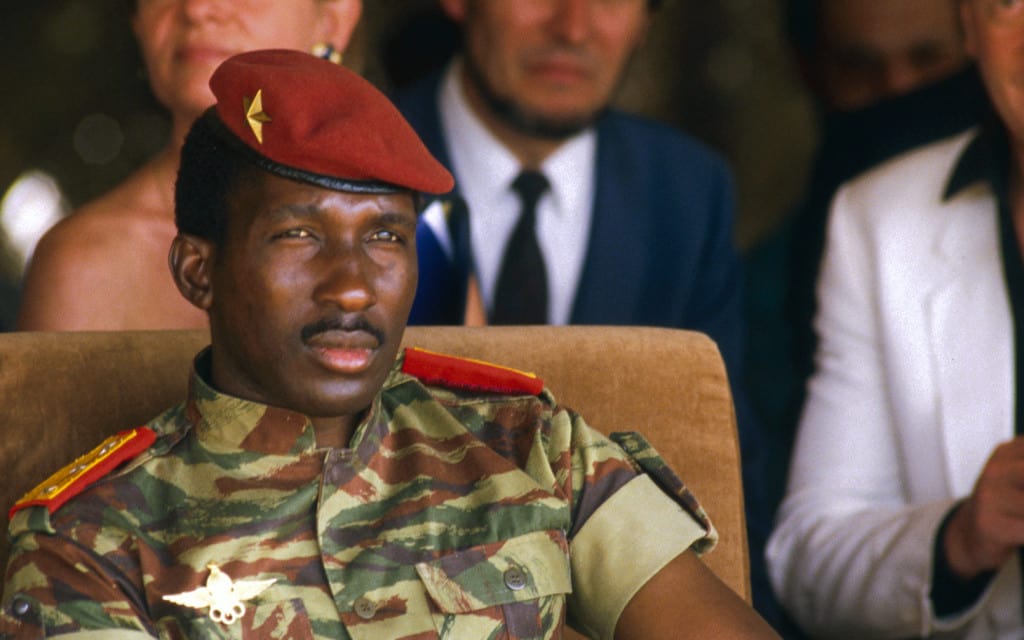 After 28 years, an autopsy has finally been performed on the alleged body of former Burkinabe President Thomas Sankara (pictured), reports BBC.

SEE ALSO: Survivor Responds to Hutu Lawyer: There Was Genocide in Rwanda, My Name Was on Death List

In 1983, Sankara became president after participating in a coup that removed Col. Saye Zerbo from the presidency and subduing Maj. Jean-Baptiste Ouedraogo who was also struggling to take the nation’s top position.

While president, Sankara quickly became known as Africa’s Che Guevara. In addition to
implementing left-wing, anti-imperialist policies, he was a staunch opponent of corruption.

While his ministers owned small cars, Sankara made himself the chief example of simple, honest living by riding a bicycle. 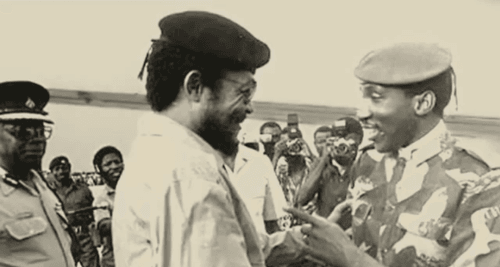 Also a Pan-Africanist, Sankara looked for ways to unite the continent, and at one point, seriously considered merging Burkina Faso with Ghana; then-Ghanaian President Jerry Rawlings (pictured left) and Sankara were said to be fast friends whose ideologies mirrored each other.

On March 8, 1987, Sankara delivered a seminal speech to thousands of women on Women’s Day, further solidifying Sankara’s commitment to liberating all people from oppression.

Read an excerpt of it below:

The revolution and women’s liberation go together. We do not talk of women’s emancipation as an act of charity or out of a surge of human compassion. It is a basic necessity for the revolution to triumph.

Women hold up the other half of the sky. 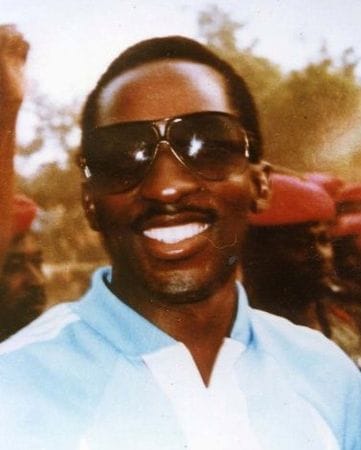 Until now, women have been excluded from the realm of decision making. The revolution, by entrusting women with responsibilities, is creating the conditions for unleashing women’s fighting initiative.

As part of its revolutionary policy, the CNR will work to mobilize, organize, and unite all the dynamic forces of the nation, and women will not be left behind.

They will be involved in all the battles we will have to wage against the various shackles of neo-colonial society in order to build a new society.

They will be involved in all levels in conceiving projects, making decisions, and implementing them — in organizing the life of the nation as a whole. The final goal of this great undertaking is to build a free and prosperous society in which women will be equal to men in all spheres.

While in office, Sankara also set his sights on empowering workers, the impoverished, and youth. 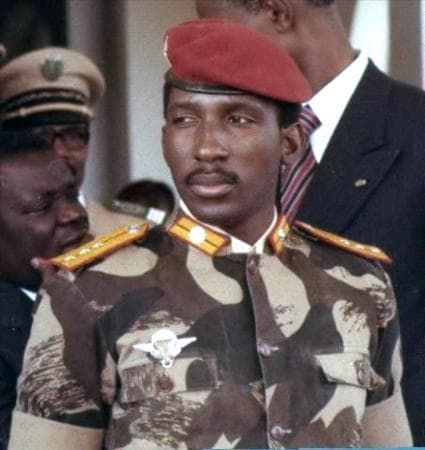 Over a span of four years, the popular revolutionary government organized the peasants, workers, and young people to carry out deep-going economic and social measures that curtailed the rights and prerogatives of the region’s landed aristocratic and wealthy merchants.

They joined with the working people the world over to oppose imperialist domination. Mass organizations of peasants, craftsmen, workers, youth, women, and elders were initiated.

With broad popular support, the government abolished tribute payments and compulsory labor services to village chiefs. It nationalized the land to guarantee rural toilers — some 90 percent of the population — access to the fruits of their labors as productive farmers.

The prices peasants received from the government for basic food crops were increased. The government launched tree-planting and irrigation projects to increase productivity and stop the advance of the desert in the Sahel region in the north of the country.

By 1985, infant mortality had fallen from 208 for every 1,000 live births at the beginning of the decade to 145, and the accelerated spread of parasite-induced river blindness had been curbed.

In a country where illiteracy was 92 percent — and even higher in the countryside — literacy campaigns in its indigenous languages were initiated.

The government funded public works to build roads, schools, and housing. Trusting in the justice of the working class and peasantry, it set up popular revolutionary courts to try former leaders and high officials accused of corruption. 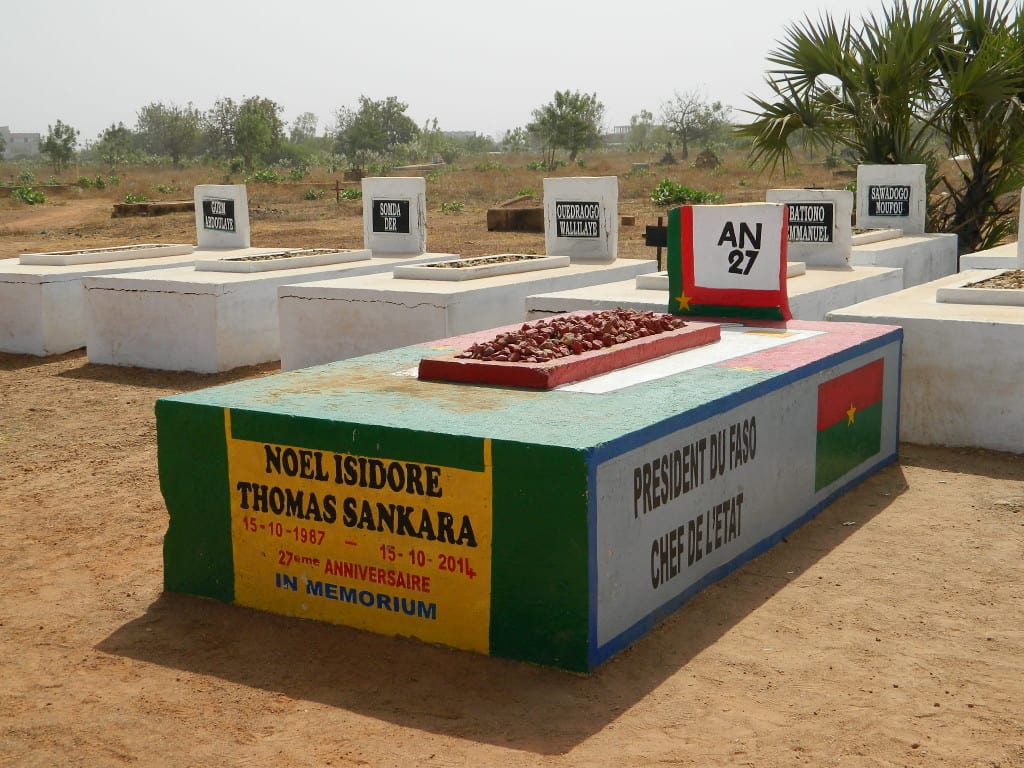 During former President Blaise Compaore’s 27-year reign, he refused to allow Sankara’s body to be exhumed.

The autopsy was finally completed after Compaore, who is generally thought to have assassinated Sankara, was forced to step down after a failed attempt to extend his presidential term last year.

According to Sankara family lawyer Ambroise Farama, the autopsy findings are “mind-boggling”: While the soldiers who were buried with him only sustained one or two gunshots, Sankara’s alleged body was “riddled with bullets.”

“…As far as Thomas Sankara was concerned, there were more than a dozen all over the body, even below the armpits,” Farama explained.

The family is reportedly waiting on DNA confirmation that the body is indeed Sankara’s.