Aside from working very hard to stay on top of her game and spending a considerable amount of time with Wizkid, Tiwa Savage, Queen of Afrobeat is taking some advice from the young superstar and it seems to be rubbing off on her well.

Just a few days after setting world history as the first African female artist to win the award for Best African Act 2018, Savage took to her Instagram to casually announce that she was featured on the December edition of British Vogue .

Just felt like encouraging someone and myself yesterday about not fitting into the worlds standard of beauty and today the @britishvogue December issue was released with me in it. God definitely has a great sense of humor British Vogue …. WOWWWWW ???❤️ @britishvogue #1YearNewVogue Photographer @ @scotttrindle Stylist @ @hannakelifa

While congrats are in order for yet another milestone for Tiwa, the feature was only made possible by the Chief Editor Edward Enninful, who celebrated his one-year anniversary with the release of the December issue.

In this edition, Enninful brings his #newvogue campaign aimed at increasing diversity in the magazine’s pages to an end for the year. 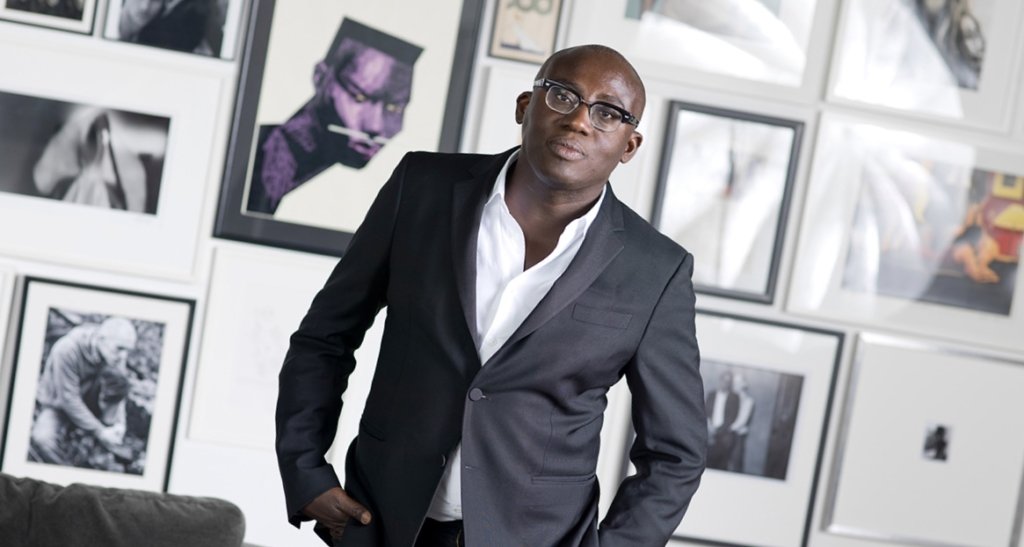 The full-page feature on Tiwa, as one of the Women Changing Modern Music, fits perfectly with the campaign as she speaks out on why she moved back  to Nigeria to start a music career. 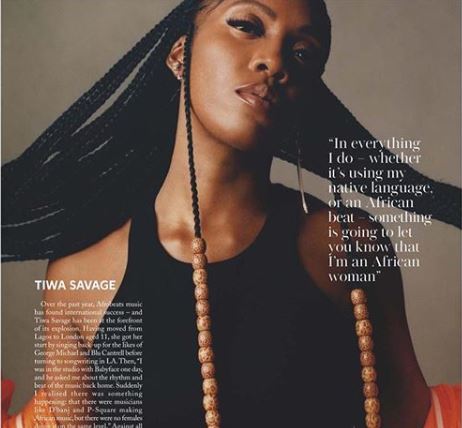 Tiwa reveales that the move was risky because she was venturing into a field largely taken up and dominated by men.

According to Tiwa, it would take a question from producer BabyFace for her to notice the lack of formidable women in the music scene back at home.

“Suddenly I realised there was something happening: that there were musicians like D’banj and P-Square making African music, but there were no females doing it on the same level,” she said.

In Nigeria, she honed her music and made ssure she had one main element:  that she is an African woman.

“In everything I do – whether it’s using my native language, or an African beat – something is going to let you know I am an African woman”.

This is not the first time for Tiwa to be featured Vogue. Earlier in August while on her very successful Savage Tour, British Vogue caught up with the songstress in an article titled  Tiwa Savage On Smashing The Stereotypes Around Afrobeats Music, where she talks of her successful career, tour and Berwick Street pop-up shop where she sold Merch.

Also featued on the list is Angola’s Diana Debrito (aka IAMDDB), a 19-year-old musician who moved from Manchester to her home country to play jazz. 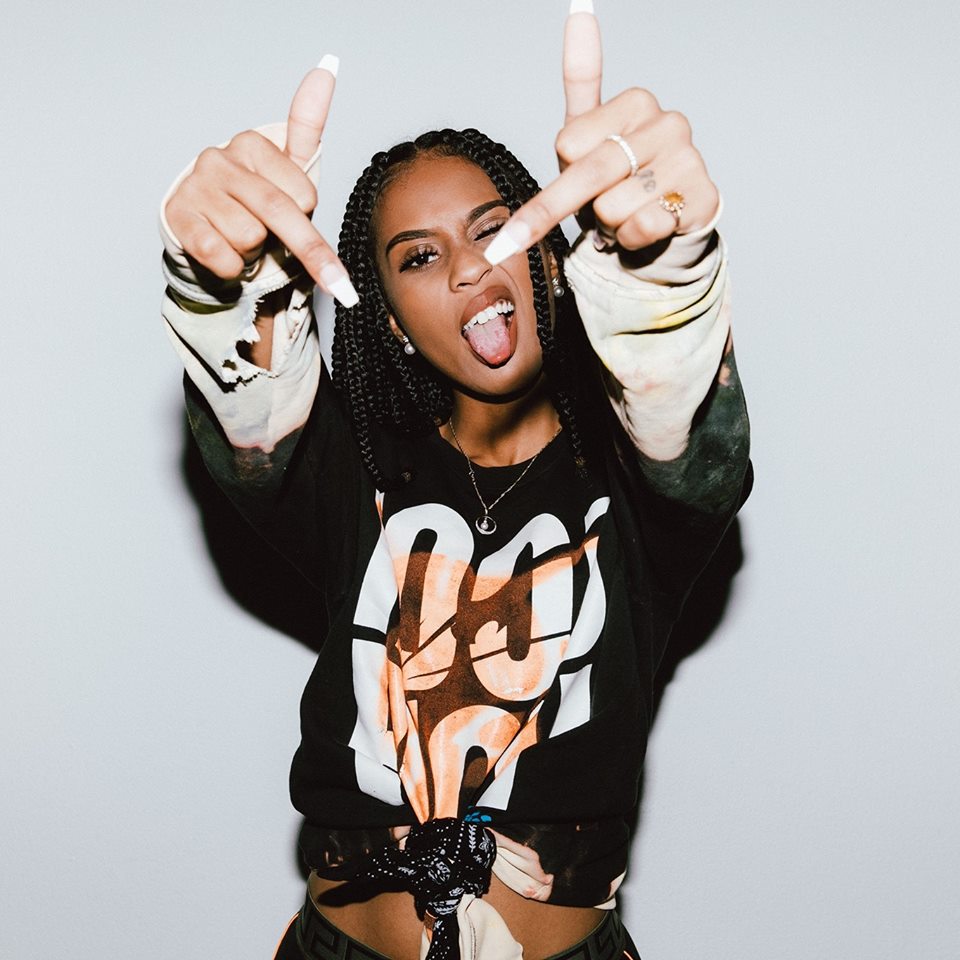 She pioneered Urban Jazz, a fusion of Kilapanga sound and trap beats that saw her became an overnight sensation.

With this music, she only has one mission:

“I just want people to be able to relate to my music. Whatever experiences they’ve had, no matter whether they’re trapping, high or homeless, I just want to spark something good in them,” she said to Vogue.