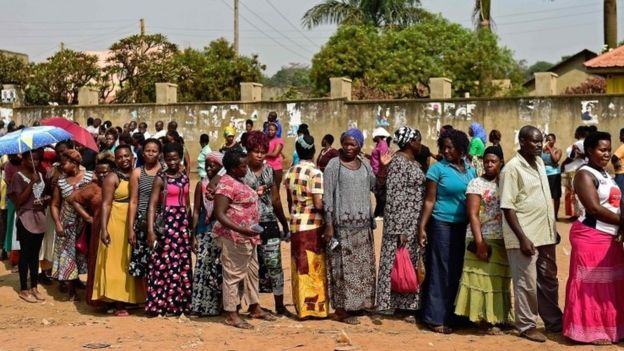 On Thursday, Ugandans went out in their numbers to vote for their next president.

Unfortunately, voters — and Besigye — faced a number of obstacles.

In addition to many polling stations failing to open on time, other stations didn’t receive election materials.

Olusegun Obasanjo, former Nigerian president and Commonwealth election observer mission head, said of the situation on the ground, “Delays of three, four, five, and even six hours, especially in Kampala, are absolutely inexcusable and will not inspire trust and confidence in the system and the process.” 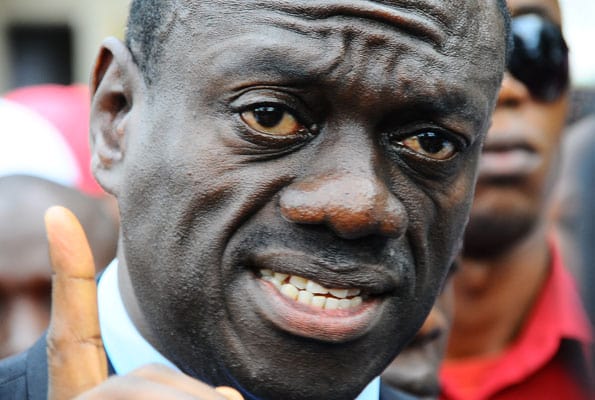 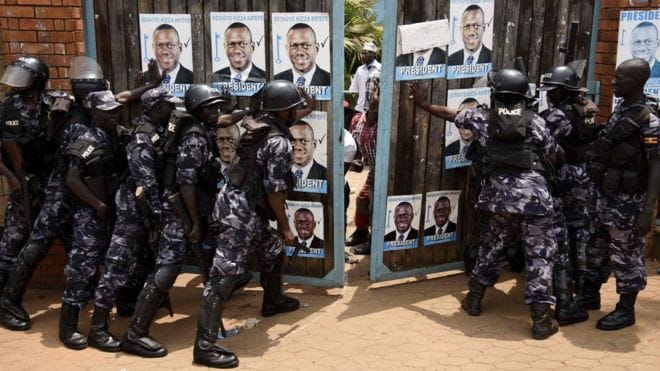 Besigye was reportedly detained again Friday as he attempted to deliver a speech at his press conference.

And while police reportedly wouldn’t explain their reasons for his repeated detainment — totaling three times this week — tear gas was said to be fired just outside the FDC headquarters also on Friday.

Amid the delays and detainment,President Museveni ordered the temporary shutdown of social media Facebook, Twitter, and Whatsapp, saying during a TV interview Thursday, “Some people misuse those pathways. You know how they misuse them — telling lies.

“If you want a right, then use it properly.”

In response, some Ugandans used a virtual private network (VPN) to sidestep the government’s censorship.

This afternoon, military police started arresting people outside my residence. I am yet to find out why. pic.twitter.com/uIjcDIuR6E

According to the electoral commission, President Museveni, who has been in power for 30 years, currently has 62 percent of the vote, while Besigye is reportedly coming in at second place at 33 percent.

By Saturday, the full results should be in.