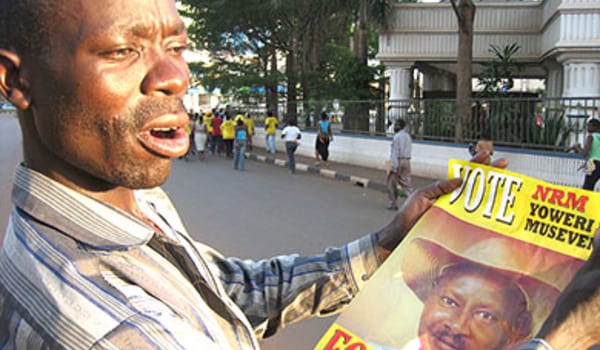 With both stakes and tensions high, Uganda will go to the polls to vote in their next president on Thursday. Here is a look at the main candidates. 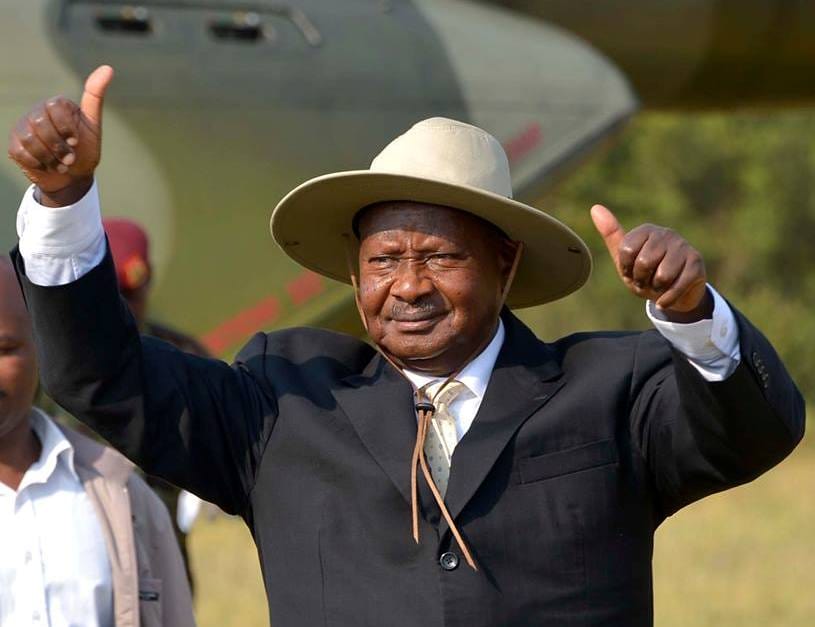 After 30 years in power, incumbent President Yoweri Museveni (pictured) insists that he should become president for yet another term because the East African nation has maintained “steady progress” under his stewardship.

Indeed, in the past 25 years, according to Uganda’s Ministry of Finance, Planning and Economic Development, poverty rates have been reduced from 56 percent to 19 percent.

In addition, according to the World Bank, Uganda has enjoyed “a sustained period of high growth” of about 7 percent GDP per year from 1987 to 2010, even though in more recent years, GDP is down to about 5 percent annually.

In addition to calling on his record of a peaceful and secure nation, President Museveni wants to convince voters that these economic positives prove that he continues to take the nation in the right direction.

But his main competition is saying Museveni’s gains are not enough.

Running under the Forum for Democratic Change party, Kizza Besigye (pictured) ran against Museveni as the main opposition in 2001, 2006, and 2011.

In each of the elections, the Supreme Court of Uganda cited massive rigging, intimidation, cheating, voter intimidation, and electoral violence by President Museveni. Ultimately, though, they voted against nullifying the elections.

Besigye, who has been arrested, pepper sprayed, shot in the hand, put under house arrest, and routinely abused by police in almost every election he has stood for, is asking Ugandans to pay attention to many of Museveni’s infrastructure failings when considering who should be their next commander-in-chief.

In January, Besigye told rally attendees, “I have not met someone as cynical as Museveni. What he means is that this massive poverty all over the country, he calls it steady progress. When you go to a hospital and there are no drugs, steady progress. All the roads are bad, steady progress.”

Besigye, President Museveni’s former doctor, has kept his campaign front and center with his “walk-to-work” protests over the cost of living; Uganda’s income growth has decelerated 2 percent since 2002.

Ultimately, Besigye says his goal is “to work with millions of other Ugandans in bringing about a stable democratic and peaceful Uganda.” 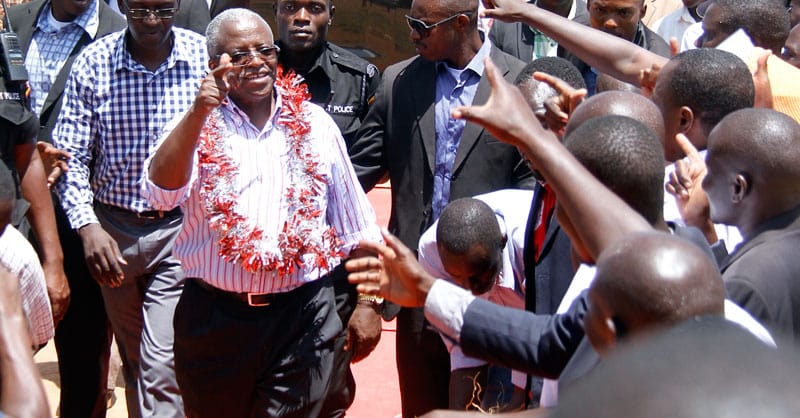 Backed by the Democratic Alliance as an independent, Amama Mbabazi (pictured) is Uganda’s 10th prime minister and is a member of parliament for Kinkiizi West in the Kanungu District.

Many thought Mbabazi would become president after President Museveni stepped down; however, when it became clear that Museveni would seek yet another term, Mbabazi broke away from their National Resistance Movement party to run own his own.

Mbabazi says that the nation has become stagnate under Museveni’s rule, underscoring poverty, healthcare failures, and the depreciation of state institutions as his chief examples.

For Ugandans, Mbabazi is different from Besigye because he doesn’t position himself as a radical.

Instead, Mbabazi insists that President Museveni’s time is up so that the country can indeed “go forward.”

With 77 percent of the population under 30 years old in Uganda, the majority of Ugandans — who continue to prioritize employment as their chief issue — know only Museveni as president. With Museveni’s repeated rigging of elections, silencing of the press, and alleged abuse of candidates, the nation, region, and world waits to see whether this week’s elections can finally be allowed to go through the proper process of democracy.

SEE ALSO: Black History Month: How Far Have We Come As a People, Nation?