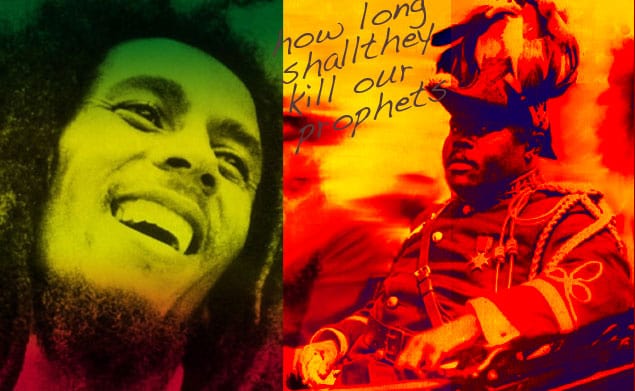 In April 2015, my then-fiancée and I went to Labadee, Haiti, and Ochos Rios, Jamaica, for the first time on a multiple-day cruise that took us from New York to the Sunshine State (Florida). That trip allowed us to appreciate the Caribbean and its people, and it was an amazing experience.

Visiting Jamaica was a bit painful, though, when we noticed that most of the businesses at the port were owned by Chinese and Indian people. We ventured a little inland and were able to meet non-Chinese and non-Indian business owners (Africans) who proudly displayed their crafts.

That experience was not the same in Haiti, though, where we were exposed to local crafts and artisans’ creations that were outstanding, but that’s because we were restricted to an area for tourists only.

Instead of flying to the same places every time, why not enhance our understanding of who we are? How are we improving ourselves vis -à-vis those lives given away for the freedoms we have today?

True unity is lacking among African people. As a race, whether in Africa, the Diaspora, or outside of it, our history has been the epitome of many industrial and political revolutions that helped other nations in other continents experience a prosperous shift at the expense of our development.

This reality has had a profound impact throughout the Diaspora as well since we have adopted habits and languages that aren’t ours.

However, it is also necessary that we change our perceptions about ourselves and others who look like us.

Knowing that in Canada, the U.S.A., and the U.K. (in October), Black History Month is celebrated annually, we need to take the time to realize that millions have sacrificed their lives and we need to ask ourselves, “How far have we come?”

Negro History Week, starting in 1926, was the precursor to Black History Month in the United States, and the truth is that we still have a long way to go based on our current socio-economic conditions in those aforementioned countries.

EQUALITY is something we need to fight for.

Last year was a testament to this with the many reports of police brutality and murders in the United States, which was covered by major news organizations. We have seen our communities respond in anger and through riots.

What does Black History Month mean to you today?

Bob Marley (pictured top left) was born on February 6th. By the time he grew to international prominence, he had changed the face of Jamaican music and the expressionists’ world forever. Black nationalist and Pan-Africanist Marcus Garvey (pictured) died about five years before Robert Nesta Marley was born.

These two distinctive personalities, with their African pride and Pan-Africanist beliefs, will always be a part of our various communities — whether Jamaican or Ethiopian, American or Brazilian — they will influence talks, inspire our approaches to the state of Pan-Africanism and should shape our visions for the future of Africa, the Americas, and the Caribbean.

How are we, as the generation of today, improving ourselves in the wake of those two great men and others who dedicated their lives to the emancipation of enslaved minds? Their legacies are as palpable as the music of today and the many streets of many cities around the world that are named after them.

We can make them proud by changing our understanding of Africa. Not only do we want to speak of pride, but we also have to change our mind-sets and make a real change in understanding as we mark the role of our continent and fulfill a desperate need to partner and collaborate as we thrive for a common goal. 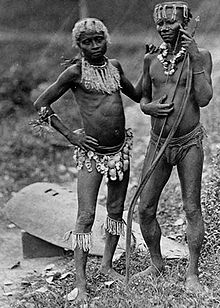 The fact is as simple as this: anyone of African descent comes from Africa and that includes the Andaman people (pictured left) of India’s Andaman islands as well as the Aboriginal Australians.

Being that we share the same root, we can find a common ground when approaching this subject of unity. If we tried to see the bigger picture, many negative aspects of what is holding us back could be assessed and resolved.

For example, the relationship between Africans and African Americans — and the many nuances and “conflicts” that may exist between those two groups — can only be classified as superficial.

These issues have never been properly assessed because Africans and African Americans have never decided to make this relationship a priority and sit down and discuss those nuances and misunderstandings that may divide them.

The truth is, no group is better than any other. Instead, we can facilitate and contribute toward one another’s success. The views some African Americans have of Africans come from the negative portrayal of Africans in the media and ignorance. On a global scale, we all need to participate in much-needed dialogues. Solutions can be found in town halls, cultural events, and conferences as we interact.

These actions will be a first step toward transforming our households, communities, and nations. This same approach can be taken a step further. Using my own country of Chad as an example, where 52 percent of the population is Muslim and 34 percent is Christian, respect of other religions is the driving force behind unity.

By the grace of God, the Republic of Chad enjoys a time that isn’t characterized by religious conflicts; instead, Muslims and Christians live in peace. That is because we have seen the useless losses those types of frictions and conflicts caused in the 1970s and 1980s.

If we can truly accept the fact that we are, first off, humans who have a limited time on Earth, we will spend less of that time concentrating on matters that will not benefit us or our growth.

True unity is a matter of pride to a certain extent.

This subject goes beyond sexism, discrimination, and our distinctive cultures. It is time to get rid of that pride that has deterred us from solidifying our foundations. As we start thinking of our estates, natural resources, and future generations, it is right now that we need to rethink.

If each and every one of us makes an honest effort to be a little open and challenge ourselves to be the best individual she or he can be, we will achieve greatness. Whatever field we are in, we can contribute toward the rebuilding of our communities and neighborhoods.

This is what Black History Month means to me, and that is the global renaissance that our ancestors would have been expecting from us.