Ushahidi, a Kenyan crowd sourcing platform, will be part of the election-monitoring team in the U.S. elections on Tuesday.

According to a statement posted by Ushahidi, the team will monitor voter intimidation allegations surrounding the 58th presidential election:

While, there is no evidence of voter fraud in America, there are instances of voter suppression and voting issues on election day. As citizens, let’s raise our voices and help to report any issues on election day as well as celebrate all those who run a tight ship and bring trust to the underpinning of our democratic systems.

Ushahidi and a non-partisan election monitoring and response organization, the Election Protection Committee, have partnered in a project, entitled “USA Election Monitor.”

Together, they are encouraging American citizens to report positive and negative issues they encounter while casting their votes through SMS, USA Election Monitor, Twitter, or e-mail.

Vetted volunteers will then verify those reports and publish them to the Ushahidi website, where they can be viewed on an online map and timeline.

Ushahidi, which is a Swahili word for “evidence,” joins other U.S. election observers in ensuring that there is integrity and transparency during the polling process.

Tuesday’s election will be the second time that Ushahidi has monitored an American election. The first time was in 2012, when the software company collaborated with President Barrack Obama’s engineering technical team and the Election Protection Committee to track irregularities.

According to Ushahidi, it has revolutionized election monitoring by enabling voters in 2012 to report issues in real-time using the Ushahidi platform integrated with a statistical board for mapping.

The open source platform provided crucial data-based evidence for any poll anomaly across the 50 American states that would have been missed by news media. 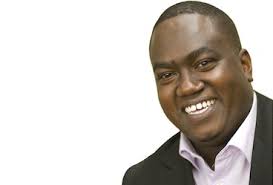 In an interview with TechCrunch, Executive Director of Ushahidi David Were discussed some of the issues to watch in this week’s election, “There are some issues in this U.S. election that are pretty unprecedented around voter suppression and other voting irregularities. Ushahidi does election monitoring in 40 countries around the world. Why not for the U.S.?”

Some of the countries that have used Ushahidi for election monitoring include Afghanistan, Burundi, India, Kenya, Lebanon, Mexico, and the Philippines.

Ushahidi has also been used for  disaster response and human-rights monitoring.