Law enforcement officials in Switzerland have seized 11 luxury cars belonging to Teodorin Obiang Nguema, the son of Equatorial Guinea’s President. According to Reuters, the seized vehicles include four Ferraris, a Lamborghini Veneno, a Maybach, a Koenigsegg, an Aston Martin, a McLaren P1, a Bugatti Veyron, and a Porsche 918 Spyder.

The 47-year-old Nguema is well know for his playboy lifestyle. He is facing money laundering charges, which he denies,  maintaining that the cars do not belong to him.  He told investigators in France that his wealth, which has enabled him to buy luxury real estate in Paris, a Gulfstream private jet, and Michael Jackson memorabilia, was amassed legitimately. 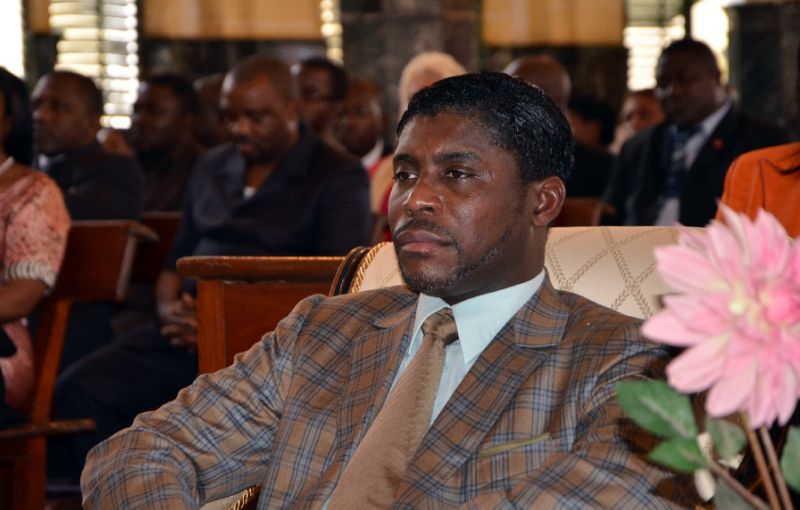 Equatorial Guinea has vast oil deposits, which President Mbasogo and his circle have exploited to help fund a life of luxury, engage in international image laundering campaigns, and largely insulate themselves from the effects of their corruption.

Human rights groups say the government is one of the most repressive regimes on earth and Transparency International ranks it as one of the 12 most corrupt countries in the world.

Nguema’s lawyers have told judges at a United Nation’s court to order France to squash all charges against him on the grounds of diplomatic immunity, however, French prosecutors contend that the charges are related to his private life in France and not to his official functions.

Earlier in 2014, U.S. authorities confiscated more than $30 million in assets belonging to Nguema in Malibu, California. The assets included a Ferrari, a mansion, and an impressive collection of Michael Jackson memorabilia.