A court in Rwanda has charged Violette Uwamahoro,  a pregnant Mother of two, with attempting to overthrow the government of President Paul Kagame.

Uwamahoro appeared earlier this month in a Federal High Court in Rwanda’s capital, Kigali, on charges of spreading state secrets, trying to harm President Kagame, and attempting to form an armed group, reports the BBC.

A Rwandan-British youth worker from Leeds,Uwamahoro returned to Rwanda on Valentine’s Day, February 14th, for her father’s funeral and then reportedly “disappeared” soon afterward, following her arrest by state security agents.

The Rwandan authorities initially denied knowledge of her whereabouts before the police confirmed on March 3rd that she was in their custody.

Uwamahoro’s  husband, Faustin Rukundo, who lives in exile, is a member of the opposition party Rwanda National Congress. He is doubtful that his wife will get a fair trial and believes she is being victimized because of his political views.

“I can tell you the outcome of this trial even before it gets going.

“Finding her guilty is a foregone conclusion, especially as Rwanda’s justice system is not independent, with any lawyer doing properly his job risking being disbarred,” Rukundo said.

In its ruling, the court ordered Uwamahoro to be remanded in police custody pending her bail hearing, which is scheduled for Monday. 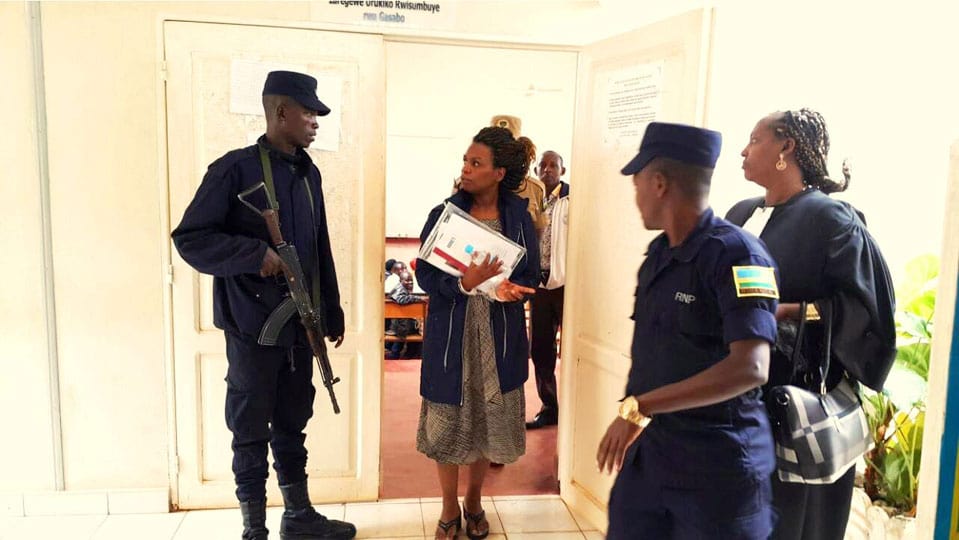 Uwamahoro’s  children, Samuel, 8, and David, 10, have reportedly written to U.K. Prime Minister Theresa May and Mr. Kagame in a bid to help their mother.

A spokesperson for the Foreign and Commonwealth Office said:

We are providing assistance to a British woman and her family following her arrest in Rwanda. Our staff in Kigali are in touch with local authorities.

Rights activists have condemned what they describe as President Kagame’s increasing stranglehold on political power in Rwanda. Kagame became Rwanda’s leader in 1994, after his rebel army successfully ended the genocide against the Tutsis and moderate Hutus.

Critics say while Kagame has managed to preside over a period of significant post-war growth development for Rwandans, he has repeatedly adopted a totalitarian approach to politics and governance.

There have been numerous incommunicado detentions and forced disappearances in Rwanda in recent years, often of journalists or those suspected of working with government opponents.

Sarah Jackson, Amnesty International’s deputy regional director for East Africa, said, “Violette Uwamahoro was illegally held without access to lawyers or her family for more than two weeks. This is an unacceptable breach of Rwandan and international law.

“People who know her say that Violette is not involved in politics at all. Her husband believes that she is being targeted because of his political activities. Her arrest and other cases of arbitrary detentions seem designed to quell opposition voices in the run-up to the presidential elections in August.”