Harrowing tales of West African migrants being sold in Libyan slave markets have become too common, with some survivors saying they are usually forced to work without pay and their captors regularly demand ransom from their families back home.

Speaking to the International Organization for Migration (IOM) after his rescue earlier this month, a 34-year-old Senegalese migrant narrated how he, together with other migrants, was put up for sale at an open-air market by a truck driver they had paid to take them to the Libyan coast, where they had hoped to cross the Mediterranean Sea to Europe, reports the Guardian.

“IOM Italy has confirmed that this story is similar to many stories reported by migrants and collected at landing points in southern Italy, including the slave market reports,” Livia Manante, an IOM officer based in Niger, says.

“This gives more evidence that the stories reported are true as the stories of those who managed to cross match those who are returning back to their countries.” 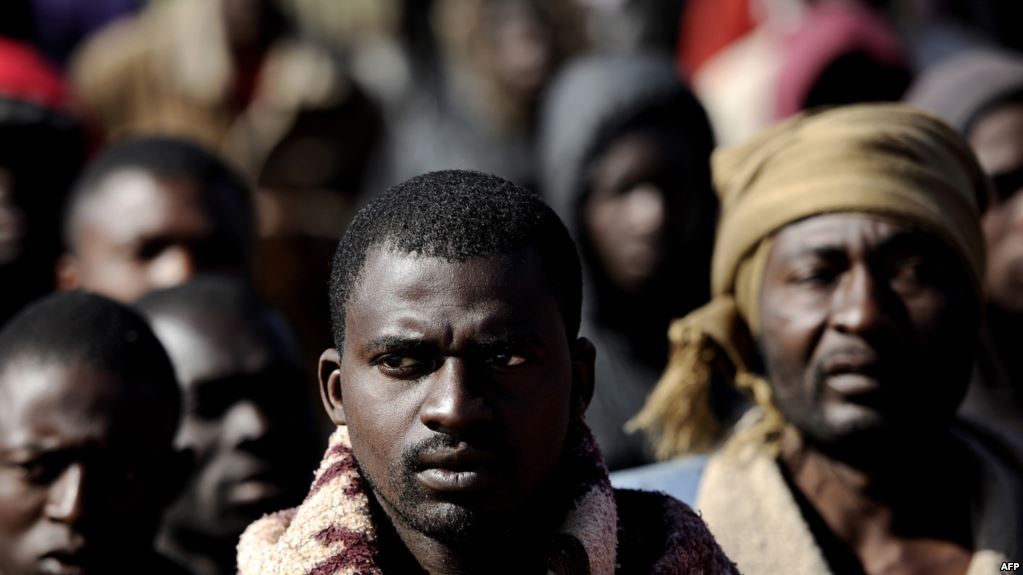 Cases of extortion and abuse of migrants and refugees in Libya have previously been the order of the day, but the trade in human beings for slavery takes the current refugee crisis in Libya and other parts of the world to an unprecedented level.

African migrants from as far as Ethiopia, Eritrea, and Somalia have also been using Libya as their main exit point to Europe through the Mediterranean Sea, but since the collapse of President Muammar Gaddafi in 2011, the North African country has descended in to violence, with desperate migrants — most of whom do not have legal papers — often being exposed to all forms of abuse.

“The situation is dire. The more IOM engages inside Libya, the more we learn that it is a vale of tears for all too many migrants,” IOM Head of Operation and Emergencies Mohammed Abdiker says.

The survivor interviewed by IOM revealed that his captors asked for 300,000 West African francs then sold him on to other captors where the ransom doubled.

He said that migrants who stayed in the detention camps for too long without their ransom being paid were taken away and killed.

“If the number of migrants goes down because of death or someone is ransomed, the kidnappers just go to the market and buy one,” said Manente.

The UN migration body has also warned of a growing number of criminal gangs posing as aid workers with the intention of exploiting migrants who have managed to escape or bought their freedom and want to go back home.

The organization now hopes to use personal stories and experiences of migrants who have managed to return home to inform West Africans of the horrors that migrants face on their dangerous journeys to Europe.