It has taken centuries for the image of African men and women to be accepted globally. For so many years, the darker skin, afro hair, thick lips and curves were mocked by the western world. During the slave trade, some slaves were kept on display in parks and during freak shows to serve as a form of entertainment.

Today, even though it is a fact that is hard to accept, many westerners go under the knife to achieve fuller lips, breasts and hips. There has also been the use of tans to have darker skin and contact lenses for the mysterious brown eye look. These are qualities that African women are naturally born with.

The envy and admiration of the African woman’s body by Westerners did not start today, and Sarah Baartman in the 1800s is proof of such claims. 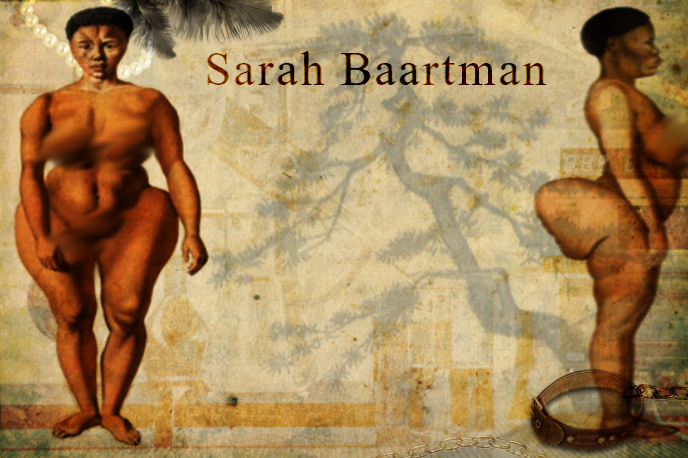 Sarah Baartman lived during the slave trade days between the late 1790s and 1815. She was contracted to be displayed for the amusement of men in Europe. Sarah was first discovered when she was about 16 years old in modern day East Cape, South Africa. She was popularly known for her curve, and protruding buttocks among the locals and soon caught the attention of the Western colonialists who would send for her for their admiration.

After the Dutch raided her hometown, Sarah was sold into slavery and taken to Cape Town to work as a slave until she allegedly signed her display contract which removed her from being a slave and allowed her to make money as well. Other schools of thought argue that there was no way that Sarah could have signed a contract because she was an illiterate but that does not rule out that fact that she could have signed one and entered a deal that did not go in her favour.

Sarah stood naked on display in many towns across Europe and was continuously displayed at Picadelli, London, where several men would come and pay to see her buttocks and labia.

Unlike the usual display of many blacks in zoos and public places, Sarah’s display was different. She was not decorated to appear amusing or funny and was displayed in a private room exclusively for the admiration of men standing in suggestive positions. The men were often allowed to poke at her body. 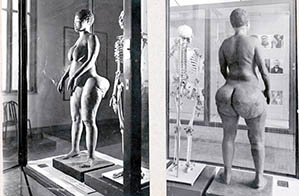 Sarah’s body gained popularity throughout Europe and she was later put on public display for both men and women to see in France. The exhibition did not last long because she had to stand naked. Women spoke vile about her body and were often mocked by men who said that they secretly wished for her curves and for the attention Sarah was getting from men.

Through the idolization of her body, Sarah’s owners made a lot of money. Even in her death, at just 26, parts of Sarah’s genitals were put on display until 1974.

The story of Sarah Baartman serves as a typical example of how the body of black women have been admired and envied by both sexes in the west.