Dr. Dorgu, who succeeds the Rt. Rev’d. Dr. Michael Ipgrave was consecrated at Southwark Cathedral, according to the Punch.

He is the first Black to be ordained a bishop in the church of England within the last 20 years.

Born and raised in Nigeria, where he trained as a medical doctor before his ordination in to priesthood, Dr. Dorgu, 58, became a deacon in 1995 and a priest in 1996. He has served at various London parishes, including St. John the Evangelist Church, Upper Holloway.

At a press conference following his appointment, Dr. Dorgu, known to some in his congregation as “Dr. K.,” said he intends to work closely with members of the clergy and laity to spread the gospel and build a stronger, united church of England.

“We are greatly honored to be invited to share and contribute to this dynamic ministry of bringing God’s love to the people of Woolwich and the diocese. I look forward to getting to know the clergy, people, and churches of the area in the coming months,” he said. 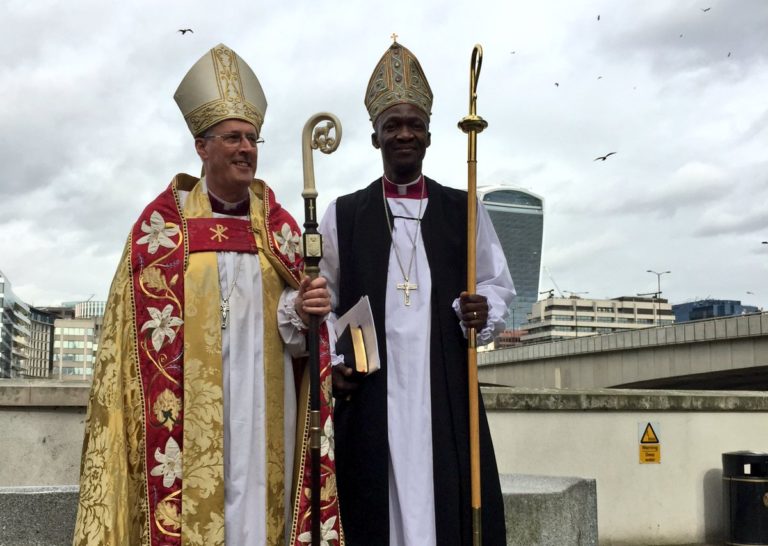 With Friday’s ordination, Dr. Dorgu becomes one of only two Black bishops currently serving in all of England, with the other being John Sentamu, the archbishop of York. There are three other archdeacons and one dean of Black, Asian, or Minority Ethnic (BAME) ancestry.

In December, Downing Street announced Dr. Dorgu’s appointment as the 13th bishop of Woolwich. The bishop of Woolwich oversees Southwark, Lewisham, and Greenwich, which are areas with significant Nigerian immigrant populations.

According to the Guardian, many of them prefer to worship in Black-majority Pentecostal churches rather than with the Church of England.

Dr. Dorgu said he hopes to embrace the diversity of Woolwich and to encourage more ethnic minorities to join the priesthood in the Church of England, which is predominantly White.

“Quite a lot of Nigerian Christians [in the Woolwich area] are from an Anglican background. I hope my appointment will be a model. Seeing someone from a similar background could be a catalyst for dialogue between the Church of England and Black majority churches and Nigerians looking for a spiritual home,” he said.

Reports put the percentage of people of BAME ancestry seeking to enter the priesthood in the church of England at 1.9 percent compared with a share of the general population of about 15 percent. In previous years it has been between 4 and 5 percent.