Hundreds of young African leaders from the continent and in the diaspora are meeting in Washington D.C. on Friday, August 3, 2018, for the maiden African Diaspora Young Leaders (ADYL) Summit under the theme: Connecting Leaders Across Africa and the Diaspora.

Hosted by the African Union, the Summit is in partnership with the U.S. Department of State, U.S. African Development Foundation, and the Constituency for Africa. It will feature some of the best and brightest young leaders from the United States and across the African continent. 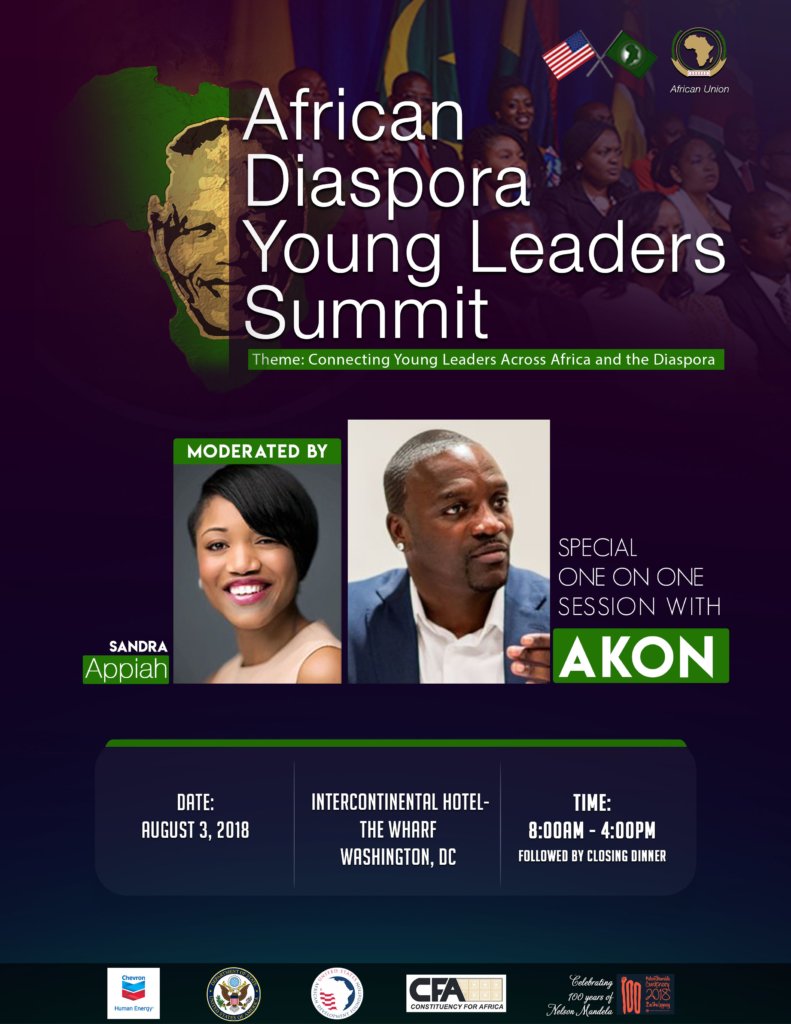 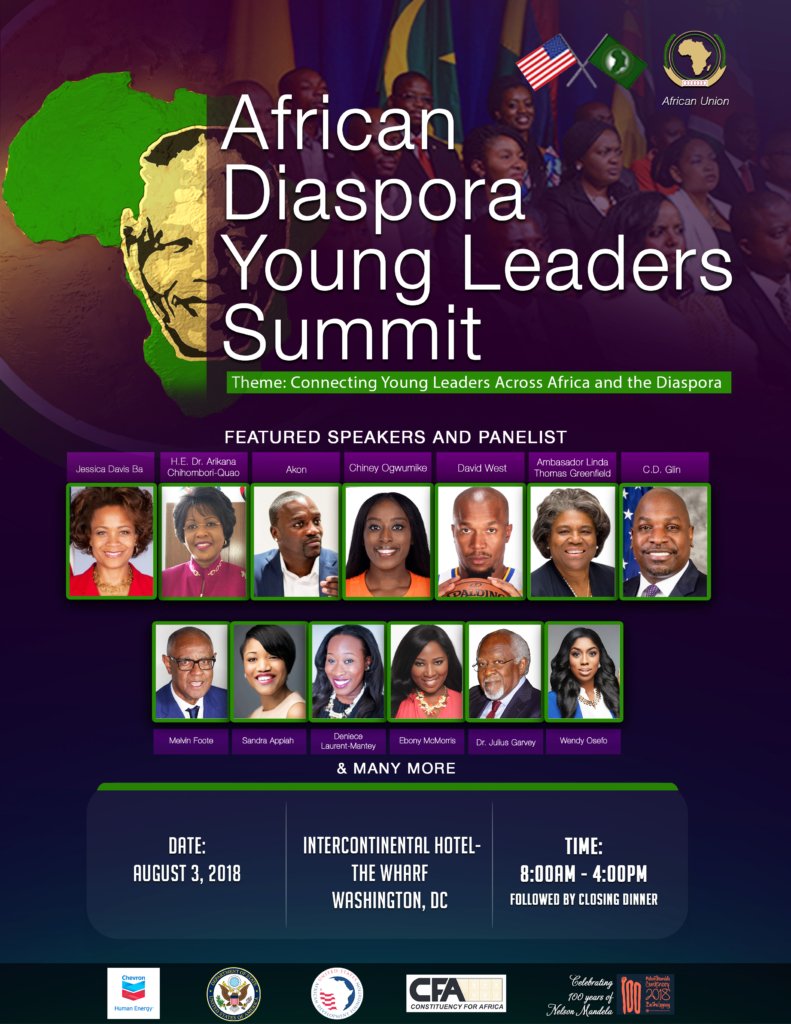 Foreign Affairs Officer at the U.S. Department of State’s Bureau of African Affairs, Deniece Laurent-Mantey, who is also a young leader in the Diaspora, told Face2Face Africa that the Summit is part of the sustained interest of the AU Mission to the U.S. in galvanizing Africans in the Diaspora to play an integral role in Africa’s development.

“It’s a step in the right direction. Something that many African partners have been advocating for since the inception of the Young African Leaders Initiative (YALI) of the United States government which has invested in over 3,000 African fellows. What better way to leverage their expertise than to partner them with like-minded young leaders in the Diaspora to help spur Africa’s development,” she adds.

Some of the topics to be discussed include the role of the next generation of leaders to building bridges of unity and purpose, Africa’s development beyond sports, and the role of tech entrepreneurs in creating jobs and opportunities in Africa. 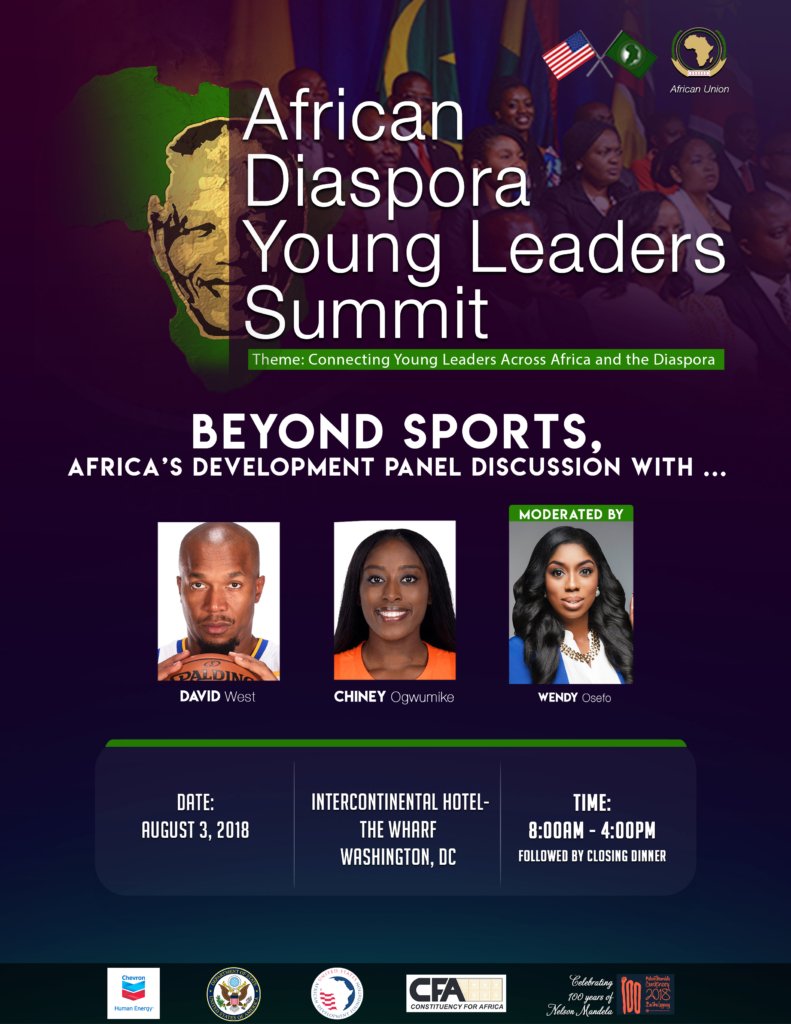 “The forum will build and sustain a network of young leaders across the continent and the Diaspora who are interested in contributing towards the peace, security, and economic advancement of Africa,” Deniece Laurent-Mantey tells Face2Face Africa.

The Summit will be held at the Intercontinental Hotel – The Wharf, Washington D.C. on Friday, August 3, 2018.