The memory of Emperor Haile Selassie‘s  triumphant entry into the “Land of Water and Rock” on this day in 1966 remains evergreen in the history of Jamaica, the “land of Marcus Garvey and Bob Marley.” The overwhelming happiness which greeted the arrival of the indomitable Emperor Haile Selassie to Jamaica in 1966 could be likened to the moving joy that engulfed the whole South African space and indeed Africa when Nelson Mandela, one of the greatest Africans that ever lived, was released from prison in February 1990.

The tumultuous crowd that waited for hours to receive this African monarch, the enthusiastic women that danced to the reggae beats and the assorted regalia adorned by the powerful in Jamaica during this visit had a lasting effect on African-Jamaican relations till this day. The sands murmured; the oceans and rivers blossomed; the birds sang and the trees clapped their hands as his imperial majesty, Emperor Haile Selassie I, visited. Today marks the 50th anniversary of this historic moment.

The mammoth crowd that descended on Palisadoes International Airport (now Norman Manley International Airport) in Kingston was unprecedented. Some figures put it around one hundred thousand. Speaking in spiritual terms, this visit had been “predicted” in the Old Testament according to Marcus Garvey and interpreted by him when he proclaimed that “the day of deliverance of the black race would dawn when a black king was crowned in Africa.” 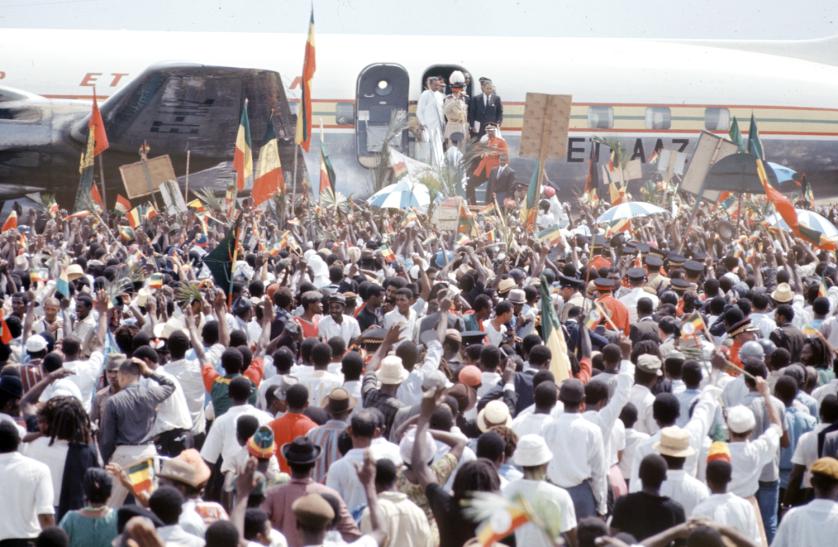 To further allude to this, in a document of the Commonwealth Relations Office recorded in 1966, the British Commissioner in Jamaica reported to the Secretary of State for Commonwealth Relations that “the official arrangements for the visit were considerably disrupted by the Rastafarians who believed the Emperor to be God.”

The affinity between Selassie and Jamaicans was second to none. It should be noted that Haile Selassie was originally named – Lij Tafari Makonnen.  Thus, when “Ras Tafari” was crowned as Emperor Haile Selassie in 1930, the Jamaicans who had been under repressive governments and yearning for social and economic improvement could only rejoice when their “Saviour” and the “Lamb of God” visited.

Do not worship me, I am not God. I’m only a man. I worship Jesus Christ. ~ Haile Selassie

The visit was significant in many respects. First, this visit had a potent effect on the Rastafari Movement. As David Katz rightly put it, “If not for Selassie’s visit, the spread of Rastafari through reggae would probably never have taken place.” The visitation strengthened the Rastafari Movement to challenge the status quo and push for liberation of all Jamaicans. Selassie’s coming provided support and aided the movement. 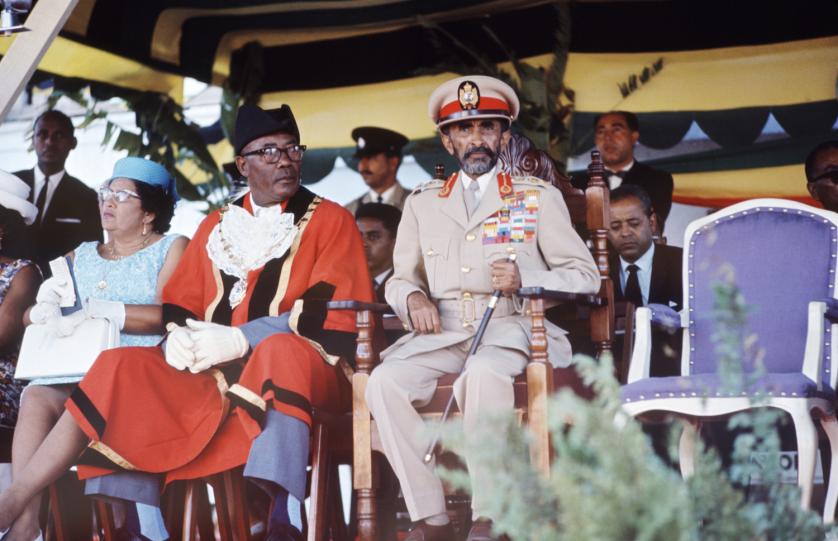 Scene during Emperor of Ethiopia Haile Selassie’s visit to the Caribbean, 1966.

Similarly, the visit had a tremendous effect on the musicians in Jamaica. From Rita Marley to Bob Marley, countless reggae musicians and dancehall proponents, the doctrine of freedom and faith that echoed in their beats gained popularity all over the world. The Emperor’s reference to the common origins in Africa of Jamaicans and Ethiopians was well received. This is not an empty claim as the world recognized this fact and appreciated that with Bob Marley’s song “Selassie if the Chapel” and “Satisfy my Soul Jah Jah.”

Emperor Haile Selassie worked hard to build Ethiopia. For several decades, he championed the cause of the people of his country. Although he was iron-fisted, his love for Ethiopia and Africans as a whole cannot be questioned. His inability to address the famine and poverty ravaging his people greatly undermined his power and authority. He was forced out of office by the Marxist dictator Mengistu Haile Mariam in 1974. 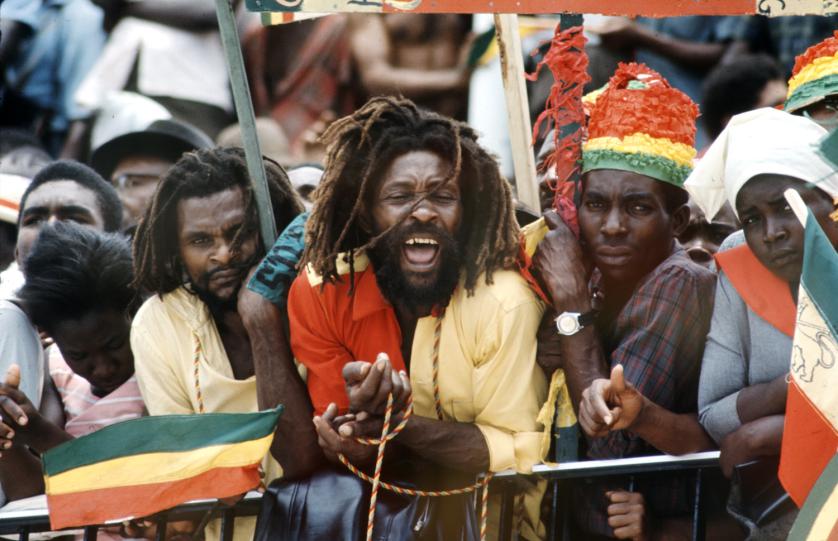 Emperor Haile Selassie remains a political demigod many years after his death. While alive, he was indefatigable, “mighty”, and his assertiveness, as well as the radical transformation he championed in Ethiopia, can never be forgotten. Unlike the political leaders before him, he was more ambitious and cosmopolitan, which ultimately made him become the first Ethiopian leader to travel abroad, precisely to Europe. He led Ethiopia to join the League of Nations and later the United Nations. His exploits in African politics paid off as Addis Ababa was named the headquarters of the Organisation of African Unity (OAU) – now known as the African Union (AU).

This world was not created piecemeal. Africa was born no later and no earlier than any other geographical area on this globe. Africans, no more and no less than other men, possess all human attributes, talents and deficiencies, virtues and faults. ~ Haile Selassie

Emperor Haile Selassie’s visit to Jamaica will continue to be referenced in the history of Jamaica. The visitation represents the “new birth” for the Rastafari Movement and the reggae “nation.”

No leader has visited Jamaica in the past and received the same ovation and attraction as “King Selassie,” not even Queen Elizabeth II in her majesty and glory. It is unlikely that any leader will attract same attention in the future.

“The black king and the redeemer” died several years ago, precisely in 1975, but his memory lingers not only in Ethiopia or Africa, but also in Jamaica, where he bestrode like a Colossus.