Chances are, if you are at all familiar with the history of slavery in the United States, you associate the end of this “peculiar institution” with the Emancipation Proclamation. Once I was visiting the East African slave trade memorial in Stone Town, Zanzibar, and even our guide proceeded to tell me that “Abraham Lincoln freed the slaves.” That was an awkward moment.

Thanks to internet memes and relentless researchers, more and more people are becoming aware that the 1863 Emancipation Proclamation did not actually free all of the slaves. CivilWar.org’s list of ten facts about the proclamation, makes this clear:

This means that enslaved people who lived in states like Maryland, Delaware, Kentucky and Missouri that had not seceded from the United States remained slaves until either a state law freed them or until the Thirteenth Amendment to the Constitution was finally put into effect in December 1865, eight months after Lincoln was assassinated. It took almost two years for everyone to get the news – but that’s another story for June. 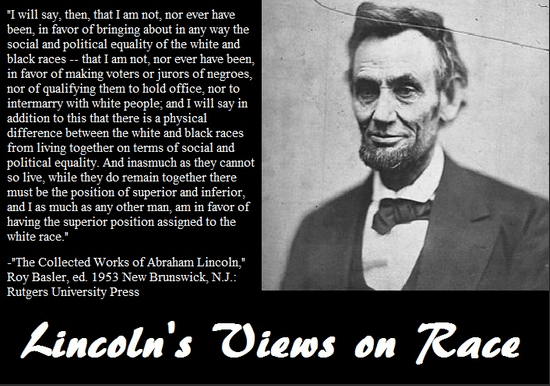 Research-based internet memes such as this one have helped to educate people on US President Abraham Lincoln’s views about race and slavery. (Photo: imgur.com)

There was one US territory, however, in which slaves were freed by Abraham Lincoln (and the US Congress) – but not by the Emancipation Proclamation nor by the Thirteenth Amendment. That territory was the Nation’s Capital, Washington, DC.

The DC Compensated Emancipation Act of 1862 went into effect nearly a whole year before the Emancipation Proclamation. According to the District of Columbia government:

The act ended slavery in Washington, DC, freed 3,100 individuals, reimbursed those who had legally owned them and offered the newly freed women and men money to emigrate.

With four more years of civil war ahead, it was not until 1866 that African Americans could properly celebrate the first legal opposition to their bondage. They did so on this day, 150 years ago, with a grand parade through the streets of Washington, DC.

It was a huge, joyous event, which brought out close to half of the city’s African American population. Thousands participated in the parade that began at Franklin Square, wound its way throughout the city, and returned to Franklin Square for speeches. Many thousands more lined the main thoroughfares of the District, including Pennsylvania Avenue, NW, to watch the parade. The Washington Bee newspaper claimed that the Emancipation Parade was the “grandest event in the history of the colored race.” ~ Ending Slavery: DC Government

“4,000 to 5,000 people assembled to the White House addressed by Andrew Johnson. Led by two black regiments the spectators, and the procession proceeded up the Pennsylvania Avenue to Franklin Square for religious services and speeched by prominiet politicians. The sign on top of the platform read: “We have recieved our civil rights. Give us the right of suffrage and the work is done.”

The end of the Civil War had mixed results for many African Americans. For some, the Reconstruction period following the war led to greater political rights than ever before, including the nation’s earliest African-American members of Congress and state governors. For others, it meant great uncertainty, as racism from new immigrants locked them out of paid labor and the end of plantation life led to large numbers of ex-slaves with little education and nowhere to go. Convict leasing, the practice of jailing African American men for petty crimes and allowing them to be used as free prison labor, reestablished slavery under the Thirteenth Amendment’s loophole, “except as a punishment for crime.” At the same time, many historically black colleges and universities, as well as public schools for “Negro” or “colored” people got their start.

The word “emancipation” means to remove from the hand. Some have argued that this was an apt metaphor for the end of legal slavery, which freed the slaves from the hands of their master, but not from the racial oppression that is as old as the American Revolution.

One hundred fifty years later, many African Americans are still struggling for respect and access to America’s prosperity while others make history with a new wave of groundbreaking “firsts”. In Washington, DC, the tradition is still alive, with emancipation celebrations taking place this past weekend that included historical presentations, walking tours, concerts, fireworks and you guessed it – a parade. 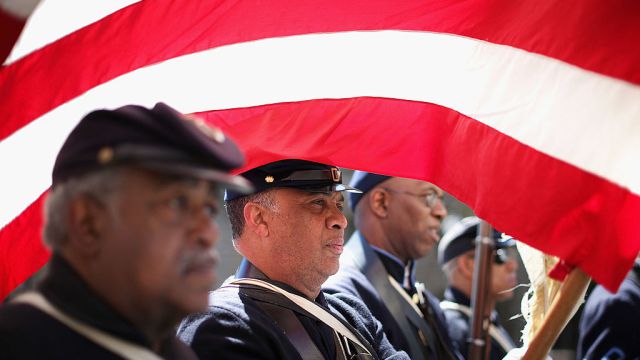 Washingtonians keep the tradition of Emancipation Day alive each year on April 16, the date the Compensated Emancipation Act became law, and a public holiday for city government. (Photo: NBC Washington)