The Queen of Soul, Aretha Franklin, sadly passed away on August 16, 2018, at her home in Detroit after a lengthy illness. She succumbed to her battle with pancreatic cancer surrounded by her family and friends.

Franklin started her singing career in 1956 when she recorded her earliest tracks. Regarded as a child prodigy, she was a self-taught musician lauded for her booming and unique voice.

Her highly successful career, spanning several decades saw her bag several awards and honours. Notable among them include receiving a star on the Hollywood Walk of Fame, receiving several Grammy Awards, receiving the Presidential Medal of Freedom, ranking first on Rolling Stone’s list of Greatest Singers of All Time, being inducted into the Rock and Roll Hall of Fame (she became the first woman in history to achieve such a feat), among others. 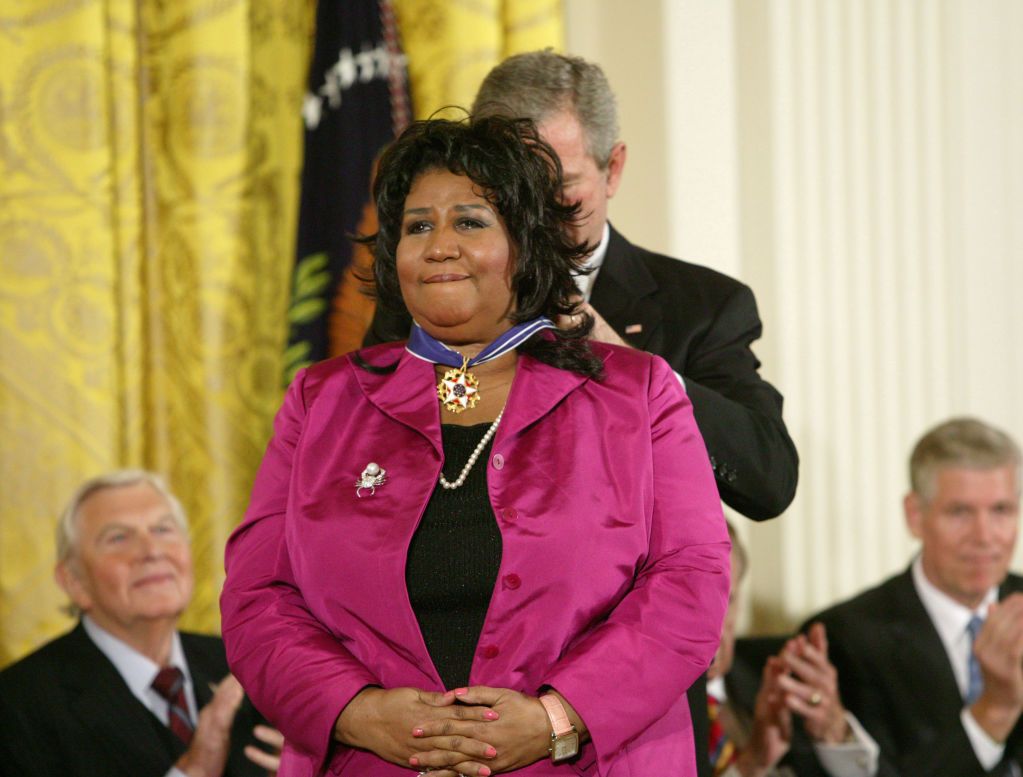 Ex-US President George W. Bush conferring the Medal of Freedom to Aretha Franklin at the White House on November 9, 2005.

Franklin’s health had been on a decline since at least 2011. The singer has been notoriously private about her personal affairs, commenting, “I am not one to do a lot of talking about my personal health or business. Not too much, not too much. There are a lot of people who will talk about anything, as long as there is somebody listening. But I am not one of those people. That’s not Aretha.”

To celebrate her legacy and illustrious career, Face2Face Africa shares with you in no particular order some of her greatest hits! Rest in heaven, Aretha.