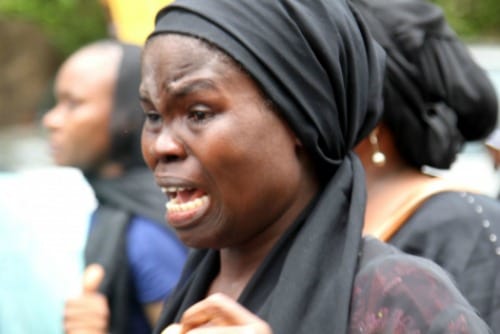 A distraught Mother at a protest rally for the missing school girls.

A steady fire has been growing in the hearts of many worldwide since it became clear that more than 234 girls were kidnapped from Government Secondary School (GSS) in Chibok, Borno State, Nigeria — and mainstream media was slow to cover the glaring offense. What’s worse is that throughout this harrowing incident, where there has been reportedly no trace of the students for more than two weeks, the Nigerian government has appeared either grossly incompetent or negligent in handling the matter. 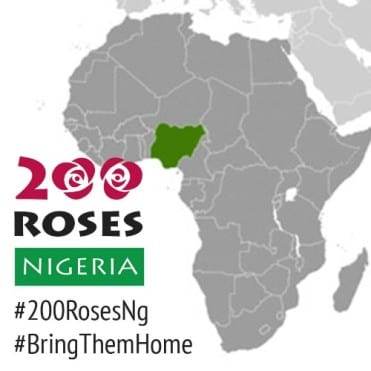 inspired Nigerian-American, self-described “strategist, technologist, and philanthropist” Jumoke Dada to start social media pages called “200 Roses Ng” (pictured) with artist and philanthropist Anina Banks, lawyer Fareeda Brewington, and communication agency CEO Onyx Finney in order to bring awareness to the #234girls who have gone missing. Face2Face Africa spoke with the  Signature Red marketing founder, which assists female entrepreneurs, about her platform that teaches the concerned public to not only get angry but also get involved. 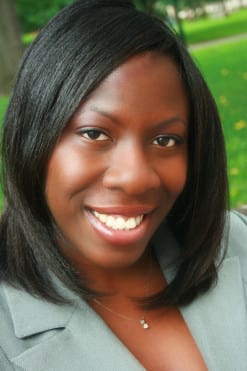 Jumoke Dada (pictured): I had been following the story since it first happened and I found myself consumed with finding more information. Watching the news, I saw a lot of coverage about other recent tragedies, but I didn’t hear anything about the missing girls. I would mention it in casual conversations, and I was shocked at how many people were unaware of what had happened. I realized that I needed to have a platform to share the information that I came across so that’s why I created 200 Roses Ng.

F2FA: Why is this issue near and dear to your heart?

JD: It’s near and dear to my heart for so many reasons. As the daughter of two Nigerians, I love Nigeria and I want to see it become the best country that it can be. It has so much potential. I am also very, very passionate about supporting girls and promoting education.

F2FA: What is your ultimate goal with 200 Roses Ng?

Taking girls from school and selling them is not OK.

I spoke to a prominent woman Thursday morning who did not know anything about the issue. My goal is simply to make more people aware and to work with anyone else that proposes to do the same thing. There are a number of campaigns and petitions that now exist for the cause.

F2FA: Do you know anyone personally affected by this?

JD: I do not, but I take it personally nonetheless. They could have been my family.

F2FA: Being a Nigerian, how do you view this incident?

JD: [I see it as] a serious tragedy. Honestly, what is the future of Nigeria without women and girls? Who will give birth? Women and girls should be treasured and protected. They are precious and priceless.

F2FA: How would you say that most Nigerians view Boko Haram and what is going on in the Nigeria with their violence?

F2FA: What can the public do to get involved in bringing back the “roses”?

JD: The 200 Roses Ng team are in the process of planning a gathering to pray and show our support for the families affected by the tragedy. This will take place at noon on Saturday, May 3rd, at LOVE Park in Philadelphia. Our goal is to have people bring red roses and pray for the girls, their families, and their captors. Prayer is powerful. The girls can be found alive and they can be brought back alive.

F2FA: What would you say to those young girls if you could?

JD: We love you, and we are praying for you. You are not alone. God loves you and sees you and He will right every wrong. He will.

You can show your support for 200 Roses Ng by visiting its Facebook and Twitter pages. You can also use the following hashtags: #200RosesNg and #BringThemHome.

See the Mothers of the GSS girls’ emotional protest here: