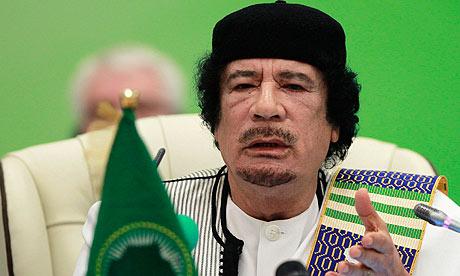 Popularly known as Gadaffi, he is the former Prime Minister of Libya whose named stirs up a lot of controversies and dark memories. The radical leader is remembered for his revolutionary and not so revolutionary ideals. He was captured and killed in 2011 during the battle of Sirte.

Despite being remembered for his not-so-colourful actions, Gaddafi was also very particular about a purely independent Africa and attempted to do so starting with Libya.

For one, he put $65 billion into sovereign wealth fund to make investments in Africa, a $100 million investment fund for Niger and relieved Mauritania off a huge percentage of the $200 million dollar debt to Libya, among other things.