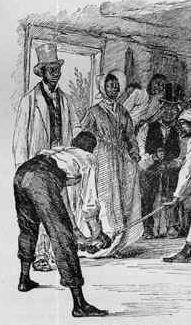 The practice can be dated to the years of slavery — africanrootspodcast.com

It was a form of rebellion

In the 1840s and 1850s, enslaved Blacks in the Southern United States were not permitted to wed legally.

Slaves, therefore, depended on their ceremonial jumping of the broom to legally seal their marriage. The straws of the broom, according to accounts, represented family, the handle represented God and the ribbon represented the tie that bound the couple together.

The ceremony was essentially done before witnesses to announce publicly that a couple decided to be married despite what slave masters said.

“For the slaves, this ceremony was a legal and bonding act, connecting them with their African roots, as well as giving much-needed legitimacy, dignity and strength to their marriage. In their eyes, their union was now sanctioned by God,” according to accounts by oureverydaylife.com