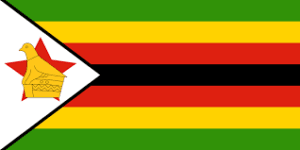 Present-day Zimbabwe was known as southern Rhodesia between 1898-1964, named after British colonialist and businessman Cecil Rhodes. As early as 1960, however, African nationalists began to refer to their country as Zimbabwe. They went on to incorporate the name into the official titles of their many pro-independence organisations.

It is widely believed that the name Zimbabwe is a compression of the words “dzimba” and “dzamabwe” (meaning house of stones) in the Shona language, which is widely spoken in present-day Zimbabwe. The European settler community continued to use the name Rhodesia; however, in due course, both the native Africans and the Europeans settled on the name “Zimbabwe-Rhodesia.” When the country finally attained independence from the British in 1980, it  dropped the name Rhodesia to remove all vestiges of British colonialism.