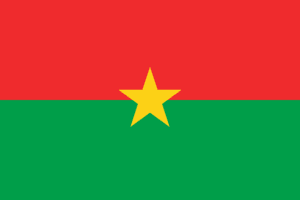 President Thomas Sankara, the young and charismatic leader of what was then known as Upper Volta, officially renamed the country as Burkina Faso on 4 August 1984. He chose the names “Burkina” and “Faso” from the two major languages spoken in the country. The old name Upper Volta had been given by the French colonialists in reference to the Volta River that flowed through the area.

Burkina in the Mòoré language means “men of integrity” while Faso is the Dioula word for “fatherland”; put together, Burkina Faso means “land of the upright people.” A citizen of Burkina Faso is known as a “Burkinabe” – the suffix “-be” means “women or men” in the Fulfulde language, also widely spoken across Burkina Faso.

Sankara was thus able to use three main languages in his country to derive a name that expressed the values and ideals of his fellow citizens in languages that they understood.