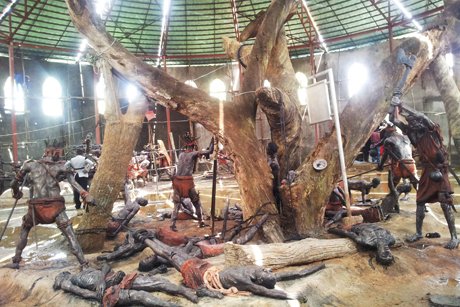 The Anglican Shrine to the Ugandan Martyrs in Namugongo… Hannington Sebuliba

Massacre of the Martyrs of Uganda

On June 3, 1886, 45 men were executed by King King Mwanga ll of Buganda, within modern-day Uganda.

The men were Christian missionaries who the king deemed as a threat to his rulership due to the spread of Christian values.

Twenty-two of the men, who had converted to Catholicism, were burned alive at Namugongo in 1886 and later became known as the Uganda Martyrs. Among those executed were two Christians who held the court position of Master of the Pages, Joseph Mukasa Balikuddembe and Charles Lwanga. They had repeatedly defied the king by rescuing royal pages in their care from sexual exploitation by Mwanga which they believed contrary to Christian teaching,” Utamu News explains.